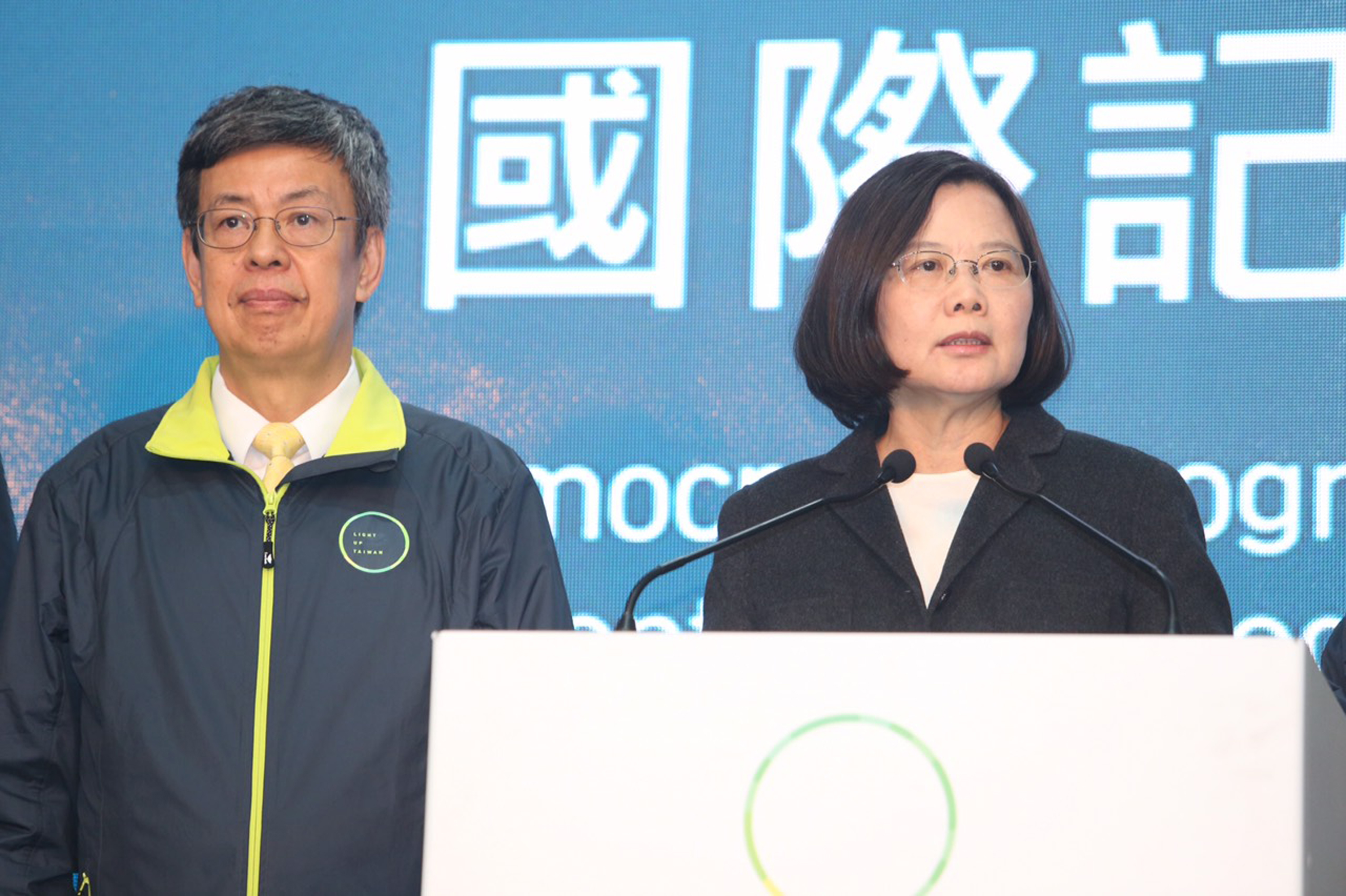 TAIPEI (Taiwan News) – Democratic Progressive Party presidential candidate Tsai Ing-wen promised reform, cooperation and stability as she was elected Taiwan’s first woman president Saturday with the highest percentage any candidate ever had.
At the same time, she can also look forward to the first-ever absolute majority the DPP has ever held at the 113-seat Legislative Yuan. While final results will still need some time to calculate, the DPP could hold a total of 68 seats.
According to official results, Tsai had won about 6.87 million votes or 56.15 percent, Kuomintang Chairman Eric Liluan Chu received 3.79 million votes or 31.01 percent, and People First Party Chairman James Soong 1.57 million votes or 12.82 percent of the vote.
At her international news conference Saturday evening, she emphasized the common values of democracy. “In 2016, through democratic elections, we showed the whole world that we are proud of being a democratic country.” The president-elect said she would work on a framework to discuss national issues with other parties.
On the China issue, Tsai said she would take common public opinion as the basis for promoting cross-straits relations while seeking the largest possible cross-party consensus. “Both sides of the Taiwan Straits bear the responsibility to make the utmost effort to seek an equal way of respectful interaction in order to guarantee there is no provocation, no accident,” she said.
“The democratic space needs to be respected, and any form of suppression will damage the stability of cross-straits relations,” Tsai added.
Later, she said she would fulfill her promise to voters and to the international community that she would maintain the status quo.
Responding to questions from overseas reporters, she emphasized Taiwan would stand by its claims of sovereignty over the Japanese-held Diaoyutai Islands and over islands in the South China Sea, while respecting international agreements.
Tsai also mentioned the controversy surrounding teenage singer Chou Tzuyu, who was accused of being a Taiwan Independence supporter just because she had appeared holding a Republic of China flag. The incident reminded her how important it was to bring people together and to promote solidarity, the president-elect said.
After her international news conference, Tsai went outside and addressed the crowds, many of who had been sitting there all day to watch the election results come in.
“Taiwan equals democracy, democracy equals Taiwan,” she said to loud applause. “Tonight, we can celebrate, but when the sun rises tomorrow, we must take up the responsibility for reform.”
Direct presidential elections began in 1996, with most winners scoring just over 50 percent, with the exception of 2000, when the DPP’s Chen Shui-bian finished first in a three-way race with 39 percent.