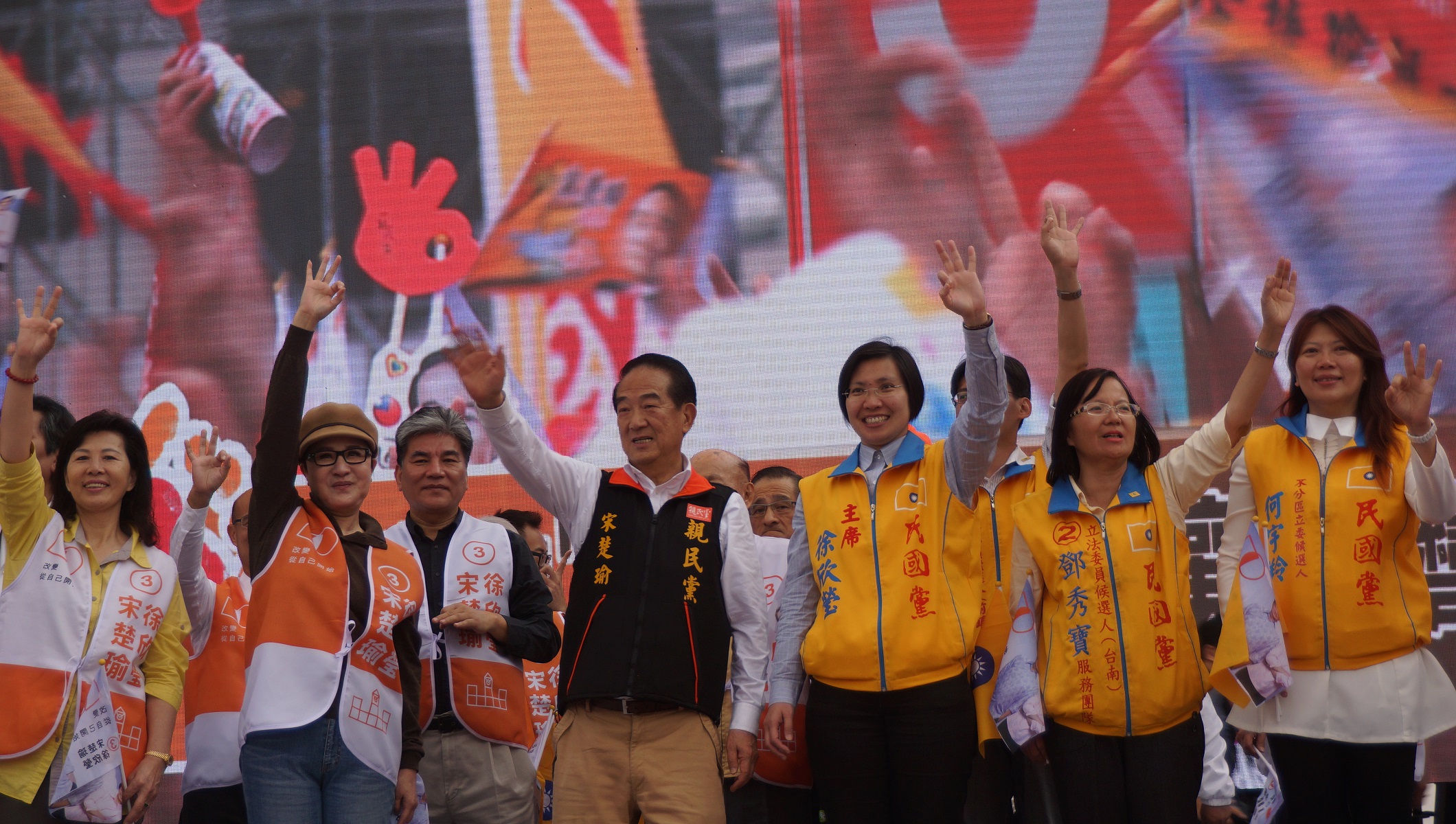 TAIPEI (Taiwan News) – People First Party presidential candidate James Soong mobilized his daughter and supporters with “blue” and “green” backgrounds at his closing campaign event Friday for the January 16 elections. Soong is facing ruling Kuomintang Chairman Eric Liluan Chu and Democratic Progressive Party Chairwoman Tsai Ing-wen in the election for president, vice president and 113 lawmakers. The PFP leader has emphasized that Taiwan needs an end to the polarization between the “blue” KMT and the “green” DPP, but instead should elect a new leader with wide experience and effectiveness. His final campaign rally, at the Taipei Municipal Stadium, featured speakers who said they once were close to former KMT presidential candidate Hung Hsiu-chu and to the Taiwan Independence Movement, but who had lost their faith in both main parties. They also referred to the Taiwan provincial government which Soong headed as governor in the 1990s as a model of efficiency. Before he appeared, the candidate’s daughter, Angela Soong, sang the campaign anthem and called on supporters to make sure they would go out and vote. Poor weather, especially in Northern Taiwan, was expected by some observers to scare away some potential voters Saturday. Soong was joined on stage by his vice-presidential candidate, Minkuotang Chairwoman Hsu Hsin-ying. People First Party presidential candidate James Soong’s daughter Angela Soong and xiao-hu showed up to perform at the stage (video):