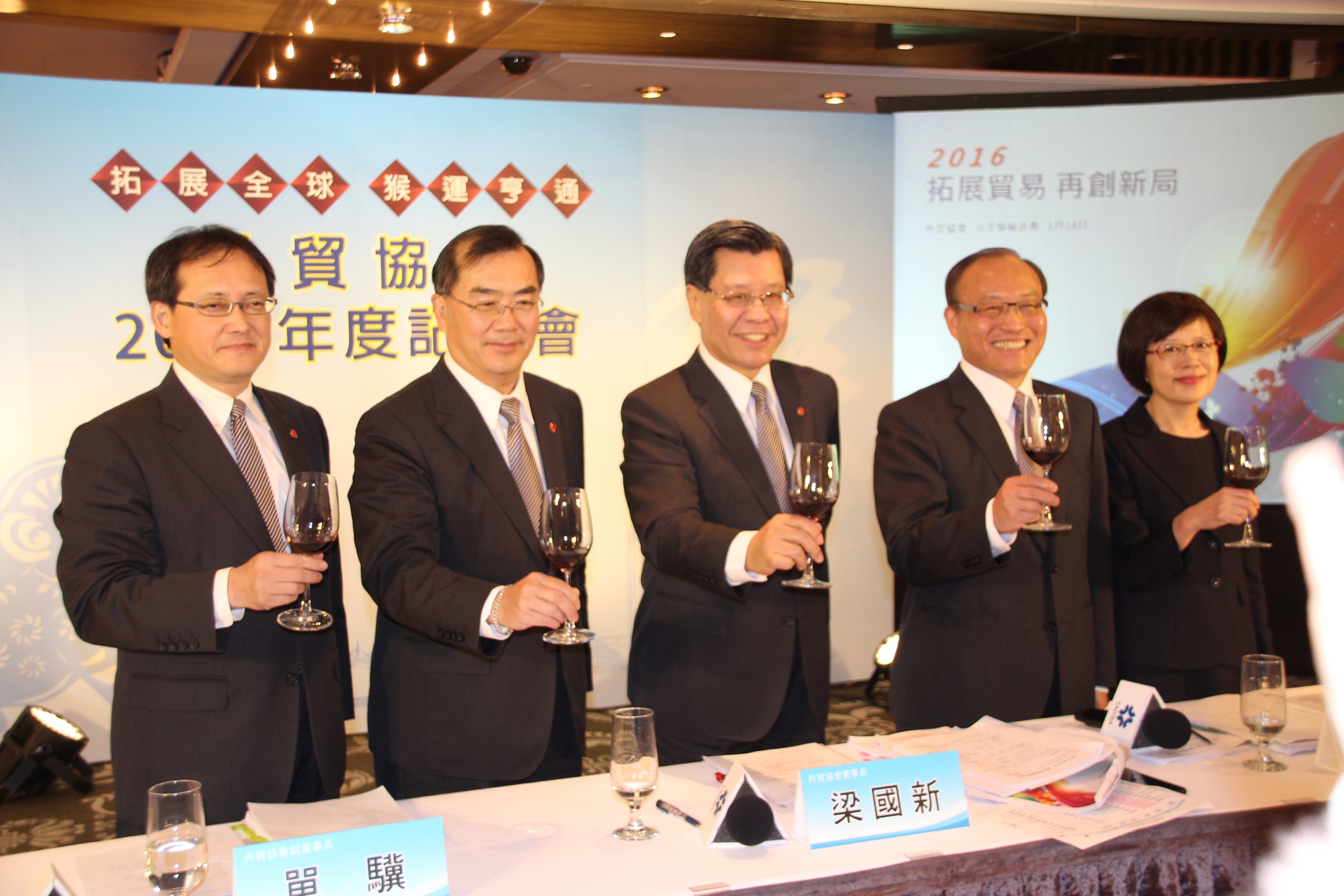 Taiwan’s economy is expected to pick up steam this year on the back of an improving macro-environment, according to Taiwan External Trade Development Council (TAITRA) Chairman Francis Liang during a press conference in Taipei on Thursday.

“The nation’s export growth rates will likely reach 2 to 2.3 percent this year,” Liang said, attributing the bullish forecast to the council’s various initiatives last year to help Taiwan businesses expand to new international markets, which has since began to bear fruits.

Given the massive global growth of the Internet and its increasing importance, few companies can risk not playing in this new channel. But many have yet to reap the digital marketing benefits that big data (coupled with advanced analytics) has the potential to provide.

“Leveraging big data to optimize digital marketing will be one of our main initiatives to help seize a larger share of the global e-commerce market,” Peter Huang said, president and CEO of TAITRA.

TAITRA has developed an approach that enables companies to access the power inherent in big data by profiling Web users based on their Web histories (and other sources of information) and customizing digital advertising as needed. Experience shows that the approach offers greater efficiency than current practices.

“Our digital plan is expected to benefit more than 4,000 domestic companies to make inroads in 12 specialized economic sectors,” Huang said.

Profiling online users in an effort to evolve digital marketing is only one step companies can take toward unlocking big data's potential. Nevertheless, the application of online profiling is limitless, according to TAITRA.

Besides profiling online users, big data can also be leveraged in a very pragmatic and operational way. “There is no doubt it can reshuffle the cards of search, affiliation marketing, and Internet-based direct marketing” Liang added.

On further note, the trade council noted that it will continue to expand new liaison offices in other emerging marketplaces, such as India’s Mumbai and the United Arab Emirates’ Jebel Ali.

The commercial center of western India would also help Taiwan expand into nearby countries such as Nepal and Bhutan, while the UAE can help make inroads to other regions in the Middle East.

“Given to the implementation of TAITRA’s trade promotion stimulus, Taiwan’s overall export outlook remains upbeat in the long run, with a steady and significant improvement projected for 2016,” the chairman concluded.