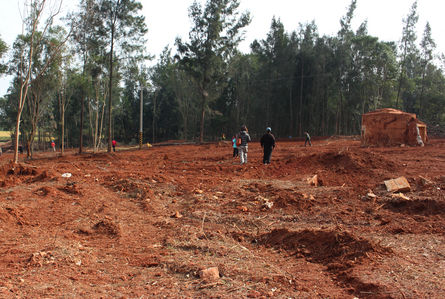 A draft regulation on standards for tree protection and a tree census was opened to comments from members of the public on Monday, according to the Forestry Bureau under the Council of Agriculture.

The draft, with 11 articles, is on the bureau's website and anyone can express his or her opinion on the draft and send an email to the account service@forest.gov.tw by Jan. 27.

The regulation, which was drafted after a revision of The Forestry Act on protecting trees other than woods on July 1, 2015, stipulates that local governments (special municipalities, cities and counties) should conduct a census of protected trees every five years.

The proposed kinds of protected trees include those older than 100 years, a canopy covering 400 square meters, or a tree habitat that can provide ecological biodiversity, said Kuan Li-hao, head of the bureau's Conservation Division.

Other kinds of protected trees include those that are geographically representative, have aesthetic or historical value, or are connected with religious practices or the communal memory of local residents, Kuan said.

Once a tree has been designated as being protected, its removal needs to be decided by a group of professionals, according to the draft.

The regulation was scheduled to be promulgated in the first half of the year.