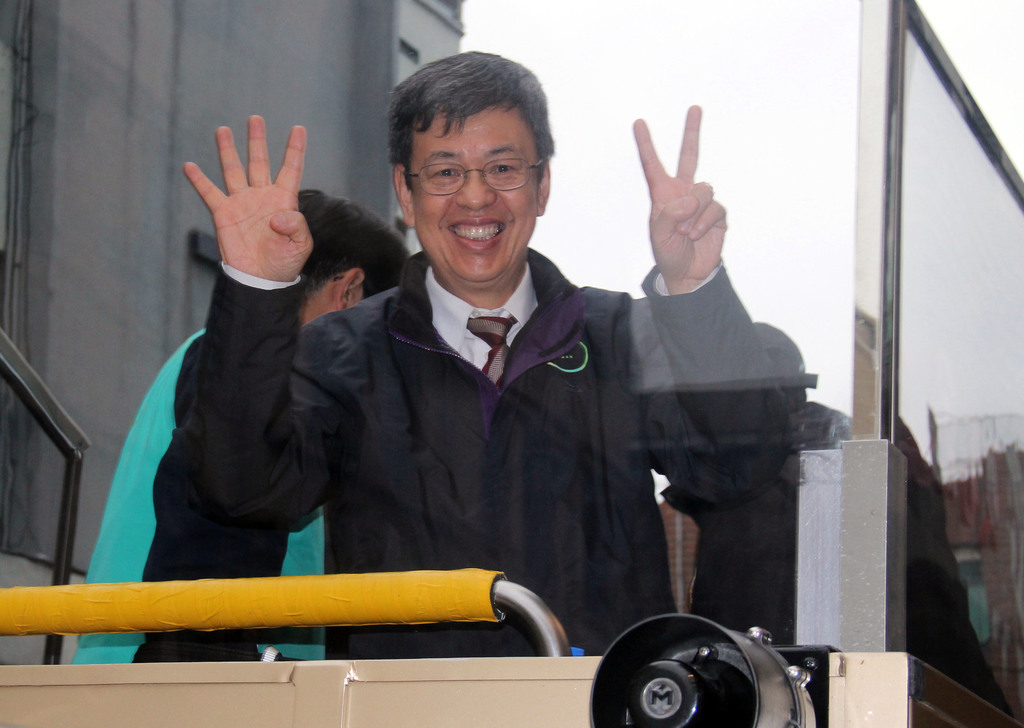 Chen Chien-jen, the vice presidential candidate of the Democratic Progressive Party, will kick off an intensive campaign rally on Sunday as the race enters the last lap.

Chen set off to New Taipei’s Chungho District stumping for DPP legislative candidate Chiang Yung-chang in the morning, and will join legislator Wu Chi-ming in Tucheng District to seek supports from grassroots voters.

"The canvassing activities of Chen’s convoy will mainly be to whip up passion among the supporters," the DPP said.

The vice presidential candidate is also expected to head south to Pingtung County at 2:40 p.m. to attend a supporters’ gathering for legislative candidate Chung Chia-pin. He will later attend another rally at the city’s Chungshan Sports Stadium at 4 p.m.

Su, DPP candidate for New Taipei City’s fifth electoral constituency and the daughter of former DPP chairman Su Tseng-chang, said in an earlier report that her goal is to expand the democratic legacy of her father’s generation.

Su’s family has a long history of political involvement. Her father was a lawyer by trade before becoming involved in the democracy movement following the Kaohsiung Incident on December 10, 1979, when the then-Chinese Kuomintang government cracked down and imprisoned participants in an anti-government protest organized by Formosa Magazine.