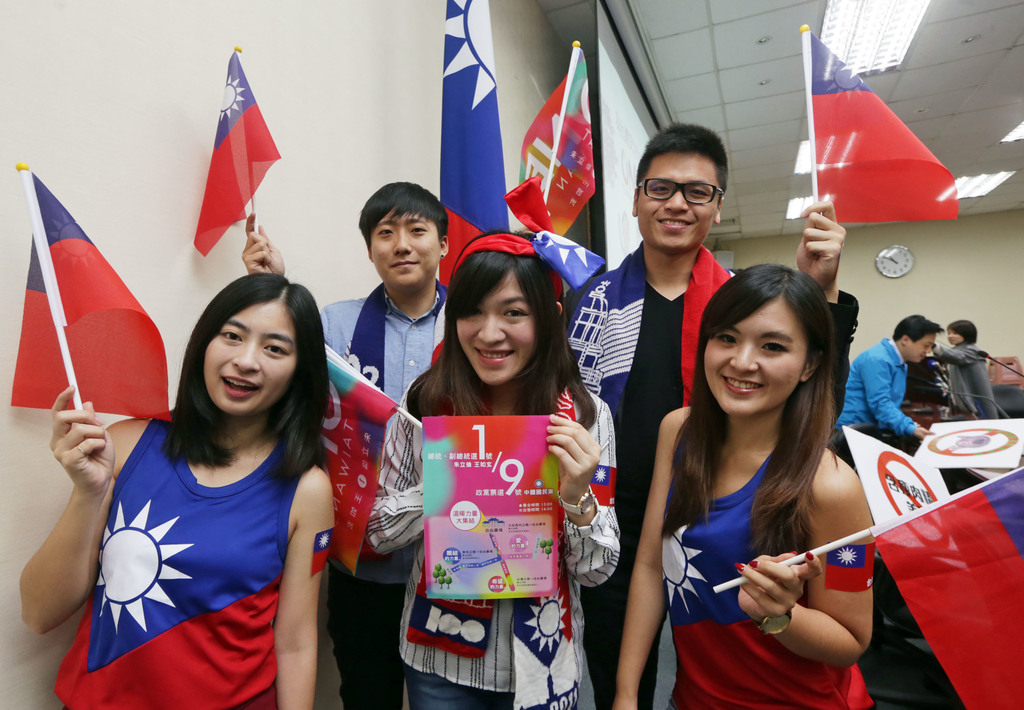 The Chinese Nationalist Party (KMT) is scheduled to host a “March for Taiwan’s Stability” in Taipei on Saturday, rallying for support a week ahead of next Saturday’s presidential and legislative elections.

Three formations of people, named “power of hope,” “power of love” and “power of unification” are to start from different locations and march toward Liberty Square in front of Chiang Kai-shek Memorial Hall.

The party called for supporters to wear blue, red and white clothing, the colors of the Republic of China national flag, during the march, which is scheduled to begin at 2pm, Lee said.

The “power of hope” section is to be led by Ma, Chu and Wang and is set to start from the main gate of National Taiwan University.

The “power of love” section is to be led by Chow, Deputy Legislative Speaker Hung Hsiu-chu and Chu’s wife, Kao Wan-chien, and is set to start from Daan Forest Park.

The “power of unification” group is to be led by Vice President Wu Den-yih Wu Den-yih, Premier Mao Chi-kuo and Legislative Speaker Wang Jin-pyng, and is set to start from Youth Park.