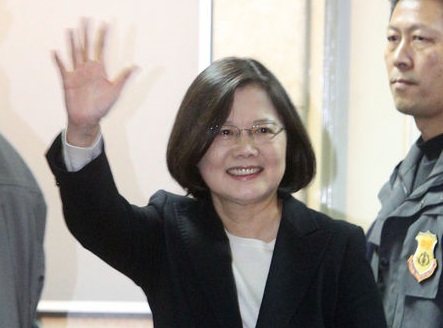 The last mile is to oversee polling: Tsai

Democratic Progressive Party presidential front-runner Tsai Ing-wen said Thursday that to oversee the process of ballot casting and vote counting is the real last mile of the elections.

In a Facebook posting, Tsai said, “Maybe not many people have noticed, but the last mile is to oversee the process of balloting and vote counting.”

Tsai said, Taiwan held its first direct presidential election 20 years ago, so Taiwan is only a youth in terms of democracy, and during the 20 years, there have been black moments, such as outage during vote counting and false ballots turning up during ballot recounting. She said we all heard of stories like these, but some of them passed unnoticed, and these stories brought us the reality we have to face today.

To watch the process of casting ballots and vote counting is the last step of the elections, Tsai said, adding that this step is to have at least one observer at each of the 15,000 polling stations across the country to watch for irregularities, which means we will need at least 15,000 people.

“This is not an easy step, but we cannot let under-the-table operation obstruct our road to changes. Let’s create history one more time, and safeguard the most basic equality in democracy,” Tsai said.