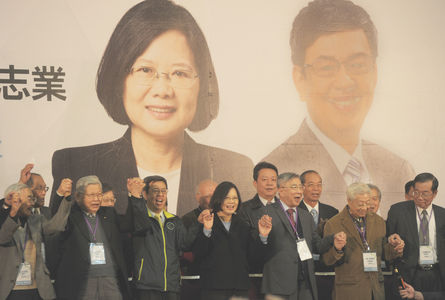 The club, with former Health Minister Lee Ming-liang as its convener, has collected signatures of 1,668 scholars as its supporters, 97 of which currently serve as national university presidents, and therefore their names cannot be revealed.

The fan club said in a statement that a series of policy mistakes made by the ruling KMT in the past seven and a half years has made Taiwan trapped in the double crises of democratic setback and economic stagnation.

The economic development policy that overly relies on China has sacrificed national dignity and hollowed out the industrial structure, the statement said, adding that Taiwan needs leaders like Tsai Ing-wen and Chen Chien-jen.

Lee said in his address that these scholars come from different professions and are of different sexes, but almost none of them are DPP party members.

They have been waiting for good leaders to lead Taiwan out of misery, so they decided to back the Tsai-Chen ticket and promised to see that Tsai and Chen carry out their promises to the people, Lee said.