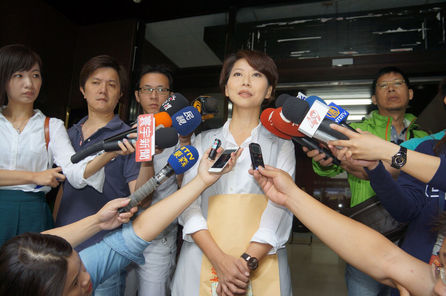 The Democratic Progressive Party called on the Kuomintang to tone down their political rhetoric, reiterating that the DPP has never deprived the nation’s hog breeders of their livelihood, reports said Thursday.

“The KMT loves to seize every opportunity to turn the U.S. pork issue into a political spat,” DPP Legislator Chen Ting-fe said.

The debate over the relaxation of pork imports with ractopamine has since been a heated topic of discussion following the first round of election debate last weekend, when DPP presidential candidate Tsai Ing-wen said Taiwan should adopt the ractopamine standards from Japan and South Korea as reference.

“The DPP promises to use extremely high standards for examining the labeling of foreign pork at the home market,” Chen said.

Tsai’s earlier remarks have led to protests from representatives of the Republic of China Swine Association, who said they will join hands with other pig farmers' associations around the nation to stage a large protest if the government agrees to lift a ban on imports of U.S. pork containing traces of the leanness-enhancing drug ractopamine.

Meanwhile, Chen accused Council of Agriculture Minister Chen Bao-ji for funneling political confrontation with the approach of the general elections.

In an earlier report, the COA minister said producing pork with the leanness-enhancing feed additive can lower costs, meaning that allowing imports of pork with ractopamine, if sold at a dumping price, would hurt domestic pig farmers.

The KMT is adept at manipulating mind games by twisting information, the DPP legislator criticized.