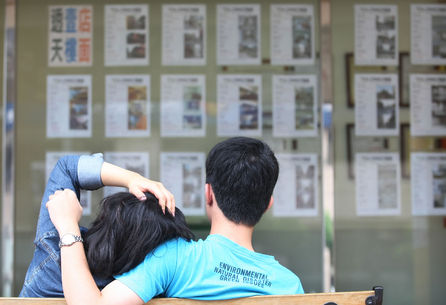 Minister of Finance Chang Sheng-ford announced Thursday at the Executive Yuan that home mortgage program for first-time homebuyers will be raised from the existing NT$5 million to NT$8 million effective January 1.

The initiative will be part of the government’s efforts to reduce the burden of youths in purchasing their own shelter, Chang said.

“An estimated 7,290 individuals are expected to benefit from the program,” he exclaimed.

According to transaction figures released by the Ministry of the Interior, units in Taipei for the third quarter of this year averaged NT$616,000 per ping (36 square feet), while New Taipei the figure was NT$320,000 per ping.

A 25-ping home in Taipei would cost NT$15.40 million on average, while New Taipei the number would be NT$8 million for the same size, Chang said.

Based on an 80-percent mortgage calculation, the finances to cover a home purchase in Taipei and New Taipei would be NT$12.32 million and NT$6.4 million, respectively.

People in the 45-65 age brackets have worked hard and ridden the crest of Taiwan's past economic boom to purchase a house, but they have seen their children struggle as wage growth has lagged behind soaring housing prices and are looking into the program to avoid becoming a burden to their offspring.

According to statistics collected from December 1, 2010 to December 10, 2015, 35 percent of the housing mortgage stood higher than NT$5 million, averaging NT$8.15 million during that period.

When asked if the government’s new incentive was related to the upcoming elections, Chang however refused to elaborate, saying its priority was on the welfare of the people.