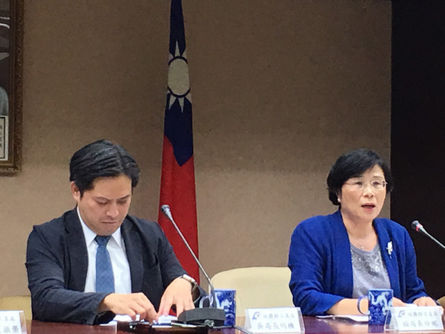 Ministry of Economic Affairs said in a statement during its year-end press conference Wednesday that Taiwan and China have reached a common ground to remove tariffs on 90 percent of the trade-in-goods.

The 12th and the latest round of talks on the Economic Cooperation Framework Agreement (ECFA) took place last month ended with China’s request for Taiwan to lift import bans on Chinese farm produce, and was turned down by the Taiwanese government due to the concerns over the impact of Chinese imports on Taiwan’s industries.

Wu Ming-ji, director-general of the Industrial Development Bureau, said on Wednesday that Taiwan as a member of the World Trade Organization (WTO), should head towards the goal of normalizing trade and remove bans on imports from a specific country.

Taiwan currently bans 615 types of Chinese imports of agricultural products while the Chinese government gives preferential treatment to all Taiwanese farm produce exported to the mainland.

The government is currently in the process of drafting an import restriction removal period specifically for Chinese agricultural and aquatic imports, said Wu, which might be longer than 15 years.

The trade-in-goods agreement negotiation last month was met with protests demanding the government to halt the negotiation and not to compromise the interests of farmers and workers.

The 13th round of trade talks, which is likely to take place in January or February, 2016 is expected to face opposition again regarding the issue.