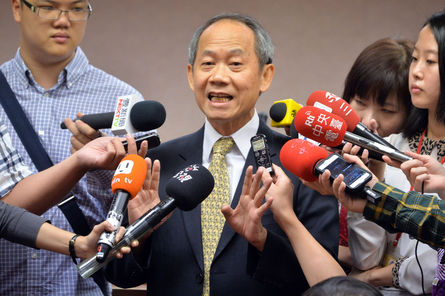 As the polling day of the presidential and legislative elections is only 16 days away, the Central Election Commission said Thursday it has completed system testing and personnel training and will conduct three rehearsals to ensure correct voting procedure and vote counting at all polling stations across the country.

During a cabinet meeting on the same day Premier Mao Chi-kuo asked the CEC to carefully supervise local election commissions across the country and ensure polling and vote counting are conducted correctly and openly.

The CEC said there are a total of 15,582 polling stations and 206,406 personnel members across the country for the upcoming elections, adding it has finished testing of the computerized vote counting system and training of vote counting personnel. The commission said it will conduct three rehearsals respectively on January 4, 8 and 15, 2016.

The Ministry of Justice said prosecutors offices across Taiwan have set up liaison centers for the elections and set up a 24-hour informants’ hotline (0800-024099). The MOJ offers an award of NT$15 million and NT$10 million for information leading to vote buyers in the presidential and legislative elections respectively.