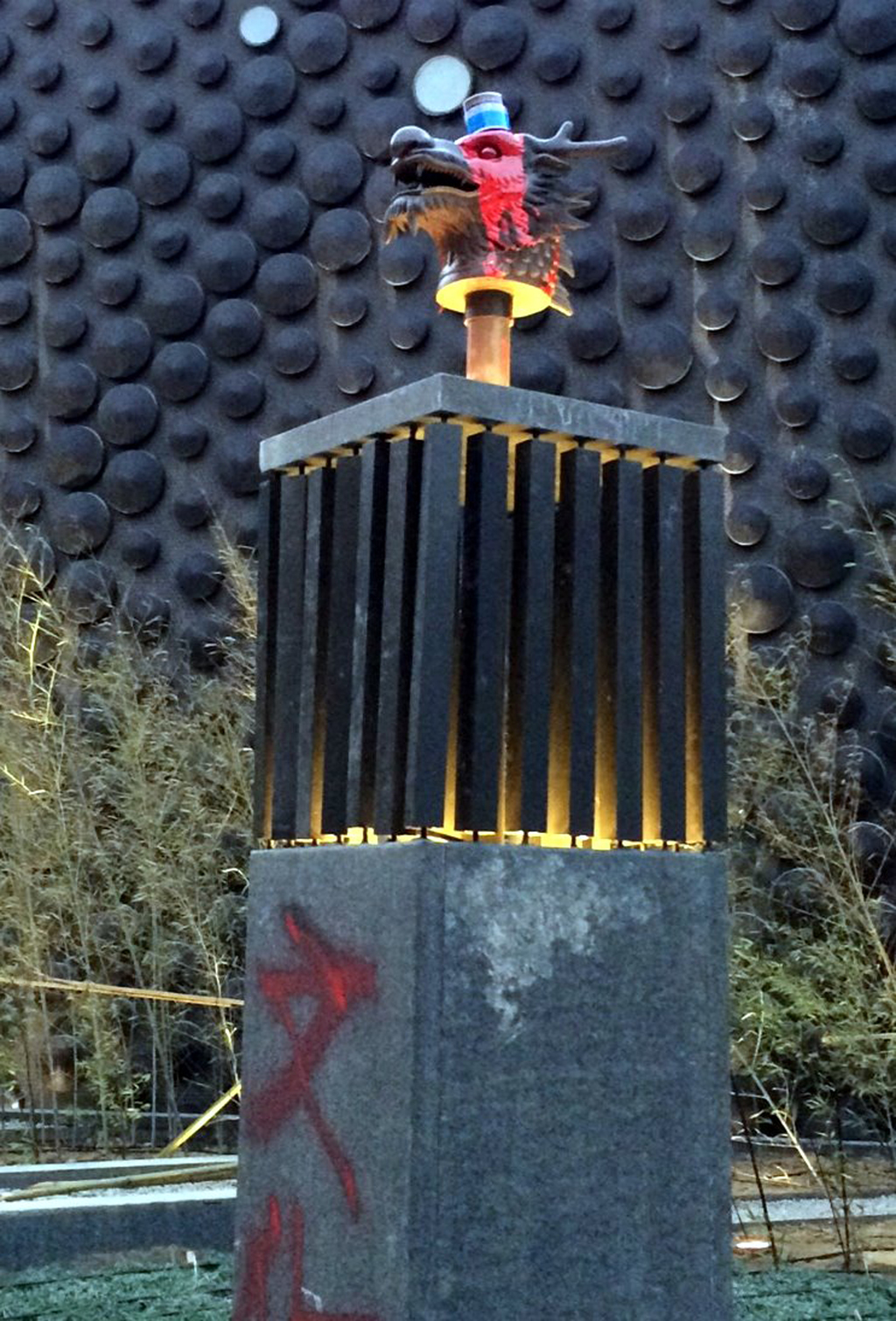 TAIPEI (Taiwan News) – A couple threw red paint and wrote an anti-communist slogan on sculptures donated by actor Jackie Chan to the newly opened southern branch of the National Palace Museum in Chiayi County, reports said Wednesday.
Museum management said it was going to take legal action against the duo.
At the official opening last Monday, Chan was on hand to see the replicas of bronze animal heads once looted from the Old Summer Palace in Beijing by European troops in 1860. The donation by the Hong Kong entertainer, who has often criticized the Taiwan Independence movement and supported China, has been described by critics as an example of cultural imperialism.
Around 5 p.m. Wednesday, a man and a woman named by the media as Chen Yi-ting and Chen Miao-ting climbed on the statues and daubed them with red paint, leaving the paint buckets behind on top of the animal heads. They also wrote the Chinese-language characters for “cultural united front tactics” on the sculpture’s pedestal. The couple did not run away but waited for police to pick them up, reports said.
Peter Wang, a veteran Taiwan Independence activist noted for frequent protests, reportedly accompanied the couple, who described the sculptures as representative of Chinese culture, so therefore they should not be present at the National Palace Museum.
Police took the couple away for questioning, while museum management accused them of having damaged public property, adding it would seek to determine the legal and criminal responsibility of the suspects.