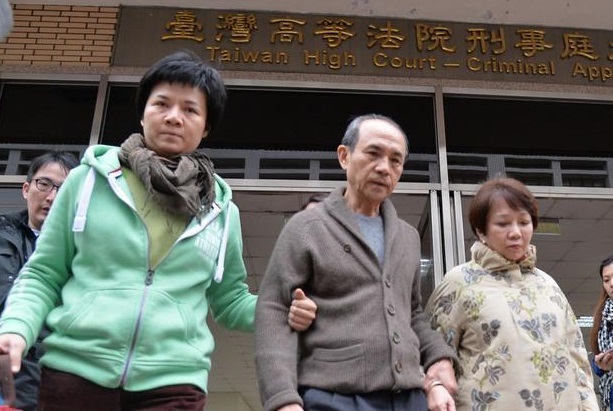 TAIPEI (Taiwan News) – Hsu Ching-hsiang, the father-in-law of popular entertainer Dee Hsu, better known as Little S, changed his plea to guilty in his Taiwan High Court trial for insider trading linked to the Top Pot Bakery.
The Taipei District Court sentenced him to two years in prison last August but found his son, Mike Hsu, the husband of Little S, not guilty. Following appeals, the Taiwan High Court held its first hearing in the case on Wednesday.
The suspicion of insider trading began in 2013 after Top Pot, which had relied on a reputation for pure and healthy products, was found to have used artificial flavorings in its bread.
The company behind Top Pot, Genome International Biomedical Company, was accused of being involved in an insider trading scheme, as Hsu Ching-hsiang, Mike Hsu, company chairman Hsu Hsun-ping – who is not related to the other Hsus – and his wife Chiang Li-fen sold shares just before it became public that the business was faring badly.
The Taiwan District Court found Hsu Ching-hsiang, Hsu Hsun-ping and Chiang guilty of violating the Securities and Exchange Act. While Mike Hsu’s father received an effective sentence, Hsu Hsun-ping and Chiang were targeted for suspended prison sentences of two years and 20 months respectively and for the compulsory attendance at classes on business ethics.
Hsu Ching-hsiang’s change of heart at the Taiwan High Court Wednesday was reportedly designed to obtain a suspended sentence for him too, reports said. His son still maintained his innocence.