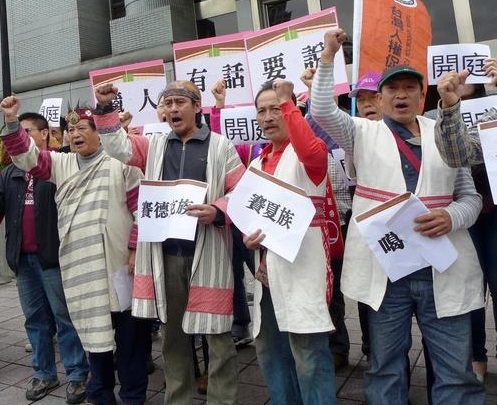 The government is mulling over whether to allow the conditional opening of non-endangered animal hunting in specified National Parks across the island, reports said Wednesday.

Minister of the Interior Chen Wei-zen pointed out during a press conference in the morning that it would need to discuss the matter with experts to determine if Taiwan’s native aborigines can practice their annual animal hunting ritual during festivities.

“The ministry hopes to come up with a draft proposal for legislative review before inauguration of the new government,” he said.

Chen said the existing National Park Law clearly prohibits the killing of wildlife, and that the law would need to be amended before the passage of the conditional term.

Should the amendment go through, the term would only encompass the hunting of Formosan Reeves’ muntjac and wild boars given their abundance and short reproductive cycles, the minister said.

“The conditions will only be granted during the annual hunting festival.”

The practice of animal hunting by the local aborigines have since been a heated discussion as the island’s natives have long urged the government to grant them hunting as an indigenous right on Taiwan.

The topic again sparked a huge debacle when a Bunun Aborigine named Wang Kuang-lu was sentenced to three-and-a-half years in jail last week for killing protected animals to feed his sick mother.

Wang was charged with breaches of the Controlling Guns, Knives and Ammunition Act and the Wildlife Conservation Act.

The verdicts sparked protests from the Bunun community, who said the law was too harsh on Taiwan’s “real native” Aborigines for whom hunting wild animals is part of their traditional way of life.