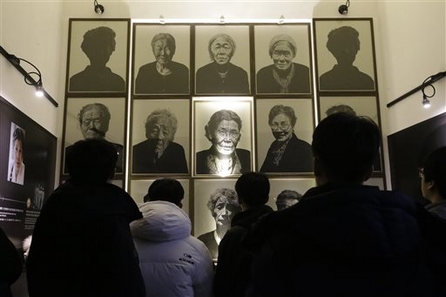 Minister of Foreign Affairs David Lin said Wednesday that the negotiations with Japan regarding the comfort women issue will start in early January.

President Ma Ying-jeou on Tuesday demanded Japan to issue an apology to Taiwanese women who were forced into sexual slavery by the Japanese imperial military during World War II, also known as “comfort women,” and offer them compensation.

“The R.O.C.’s long-standing stance has been to request that Japan make a formal apology and compensate the Taiwanese comfort women,” Ma said.

The demand came a day after Japan and South Korea reached a landmark deal on the specific issue, which the Japanese government will give one billion yen, approximately US$8.3 million to a fund to help those who suffered.

Lin said during an interview in the morning that the Japanese government has agreed to start the talk with Taiwan in early January, in order to have a direct and effective channel of communication regarding the issue.

He added that the ministry will hold a meeting on January 6, and invite the Taipei Women’s Rescue Foundation, the Executive Yuan Gender Equality Committee, the Ministry of Health and Welfare, and the victims’ representatives to discuss compensation issues and to hopefully reach a resolution.