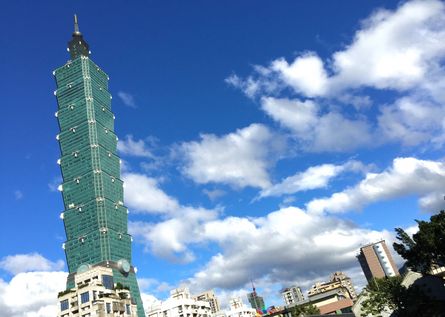 According to Tourism Bureau Deputy Director-General Wayne Liu, the percentage of foreign visitors coming to Taiwan as tourists from 33 percent in 2000 to the current level of 71 percent, while average daily spending rose from US$193 to US$213 during the same period.

There are various reasons for the surge in Taiwan’s tourism; the increase of Chinese tourists could be one of them. Premier Mao Chi-kuo pointed out a couple of weeks ago that 30 to 40 percent of foreign visitors have made a return trip to Taiwan.

According to an article by Forbes, there is an overlooked reason for the tourism surge. “Taiwan stands out overall against other travel spots for its easy access to stuff visitors usually want to do.”

The article pointed out that Taiwan offers convenient services for travelers to get around the island without the need to rent a car. Major cities and towns in Taiwan are connected by the Taiwan Railway Administration (TRA), which runs on regular schedules; the High Speed Rail (HSR) system opened since 2007 has soon preferred by many due to its simplicity and speed.

In addition, tourists can easily hail a cab at an affordable price to just about anywhere with the help of local merchants.

Quoting notes from Bian Chieh-min, general manager of Phoenix Tours in Taipei, “Taiwan is a small area and most places are concentrated on the west coast, for scenic spots on the east coast, there are trains and planes that can match.”

The article also said that the affordable living cost is another reason travelers are increasingly fond of the island. Cheap hotels with free bike rentals and WiFi, quality food at reasonable price, etc., “those prices pull in travelers without the budget for a week in Hong Kong or Tokyo.”