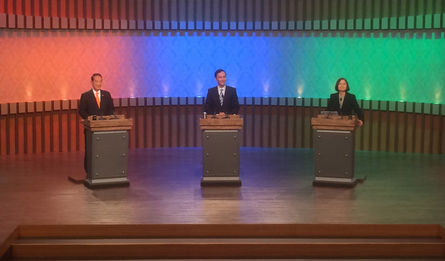 The second round of presentations for the January 16 presidential election will be aired at 8 p.m. Wednesday by Chinese Television System (CTS).

Each candidate will have three rounds lasting ten minutes each. The presentations will not include the interaction between the candidates or with the public, commentators or reporters.

A consortium of TV stations, newspapers, a news agency and web sites has scheduled the second presidential debate where the candidates will be allowed to square off against their opponents with questions and criticisms.

Debates and policy presentations have been a feature of Taiwan’s electoral landscape since direct presidential elections started in 1996.

The broadcast of the live presentation can be viewed on CTS or YouTube.