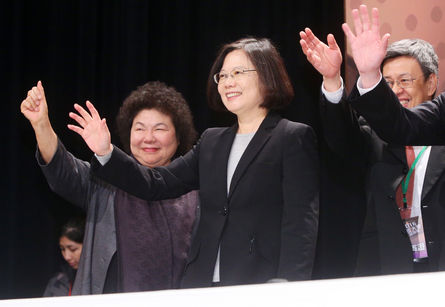 Too early to decide on U.S. pork: Tsai

It’s too early to say whether Taiwan will conditionally open its market to U.S. pork before talks are held between the two sides, Democratic Progressive Party presidential hopeful Tsai Ing-wen said Tuesday.

Whether Taiwan should open its market to U.S. pork containing ractopamine was a hot-contended issue during the first presidential debate on Sunday.

Tsai said the DPP used to insist on the zero tolerance policy for ractopamine residues in U.S. pork, but the party has adjusted its stance since international standards were put in place in July of that same year.

Now her stance on the issue is the same—“follow the international standards,” she said.

Tsai said the government’s two most important tasks are to safeguard the country’s food safety and to quickly transform related industries so that they can be competitive in the international market.