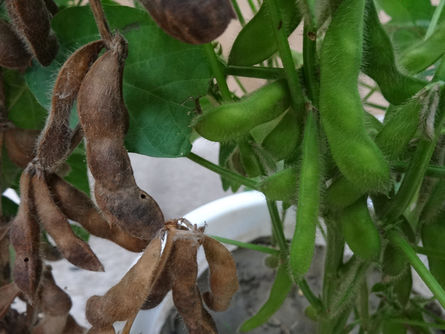 The Council of Agriculture (COA) has implemented a "fallow land revitalization program" since 2013 that encourages farmers to grow non-GM grains and crops on farmland due for planting after a period of lying fallow.

The total value of crops grown under the program reached NT$17.8 billion (US$542.6 million) in 2013, far exceeding the amount -- NT$4 billion -- used to subsidize fallow land farmers, according to the COA's Agriculture and Food Agency.

Part of the reason why non-GM crops have become popular on the Taiwan market is that most of their imported counterparts are genetically modified, it noted.

Taiwan has been hit by a series of food safety scares, including edible oils being adulterated and the addition of plasticizers in food ingredients over the past few years, raising people's food safety awareness.

The agency said most of the crops, such as wheat, soybean and black bean, have been grown on contract to ensure their buyers get the goods at agreed-upon prices, which are usually higher than those of imported GM counterparts.

Despite its relatively high price, locally grown non-GM corn has no problem finding buyers, such as food processors who shun imported GM corn and make it into cereal for breakfast.

The agency said 11,000 hectares of farmland across the country are dedicated to growing corn, with 2,000 hectares of them concentrated in Yizhu Township in Chiayi County.

Most of the corn grown in Chiayi is consumed as corn on the cob or processed into corn syrup, it said. (By Yang Shu-min and S.C. Chang)