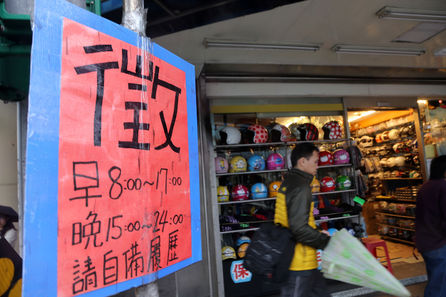 A minimum-wage worker working full-time only makes NT$22,000 a month, which equals to about one-third of the average monthly pension of NT$60,000 a retired state employee receives. These lopsided figures reveal problems facing Taiwan’s youth today.

A news report by Reuters revealed the current predicament of nation's youth such as low wages, distrust of government, and the difficulty for fresh graduates to find a decent job.

The low minimum wage is a reflection of the economic strength of Taiwan, which has gone from a vibrant economy to an aging and weak one in just two generations.

Taiwan’s waning economy and capital flight not only keep minimum wages low but also produce fewer job opportunities for young people, a bad cycle that is hard to break.

Low wages also mean that young people in Taiwan cannot afford a place of their own, which carries a hefty price tag that puts them off-limits.

The dissatisfaction among the youth has led to student protests.

Moreover, the high cost for retired state employees is stretching government resources to the breaking point. Pension costs are estimated to reach an all-time high of 7.37 percent, or NT$147.2 billion in 2016, of the total government budget, according to government reports.

Pressure on finances continues to mount as a wave of middle-aged government employees are racing to retire on generous taxpayer-funded pensions. According to reports, a total of 32,000 state employees retired between 2010 and 2013, representing a jump of more than 50 percent.

High pensions for retired state employees have been a major source of complaints by the general public, but fears of a political backlash have kept lawmakers from watering the pensions down.

On January 16, 2016, the people of Taiwan will go to the polls and elect a new president and law makers. Whether the new government will water down the controversial pensions for retired state employees remains to be seen.

Scholars and government officials have warned that reforms need to be carried out soon or state employee pensions will collapse.

Moreover, as Taiwan is heading towards an aging society at a fast rate, it is also putting a burden on young people who are already pressured by their low wages.

All these problems facing Taiwan’s young people have them worried if Taiwan is going to become another Greece.