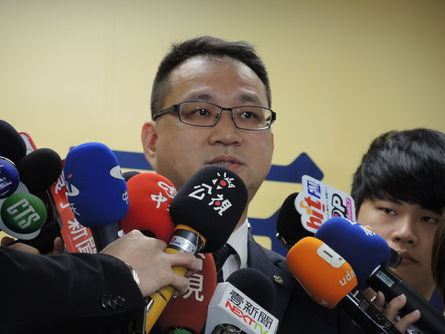 In response to speculations that Tsai possesses a number of undisclosed real estate properties in the United Kingdom, including a U.K. citizenship, Juan said the DPP, accompanied by its party lawyer, has already reported the matter to the local police.

Rumors circulating on the Internet point the source to former DPP chairman Su Tseng-chang, implying that he had previously noted Tsai as having a U.K. passport.

The former chairman told reporters in the morning that he was equally baffled as to why his name was mentioned, affirming that the rumors about Tsai were totally unfounded.

The malicious attacks reportedly came from two netizens, Juan said, saying he has already filed a complaint with the police on Monday.

The rumors are aimed at hurting Tsai at the ballot counts, and such false accusations are deemed despicable, he said.

The opposition party called on its supporters not to spread the rumors, some of which reportedly found their origin in online groups frequented by supporters of the ruling Kuomintang.