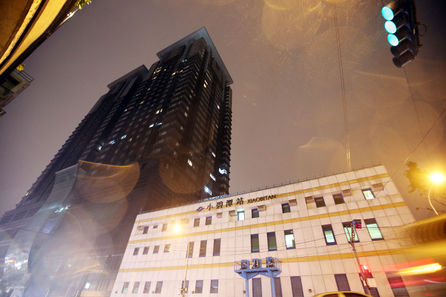 The Taipei District Court ruled Monday that the two former Taipei City Department of Rapid Transit Systems (DORTS) officials will be doing jail time for their involvement in the MeHAS City expropriation scandal.

The project, located in New Taipei City’s Xindian District but managed by DORTS, was one of several Build-Operate-Transfer items to have become caught up in disputes between the Taipei City Government of Mayor Ko Wen-je and prominent developers, in this case Radium Life Tech Co., Ltd.

The project is located on 9.3 hectares of land along the Xiaobitan riverside and is valued at NT$30 billion (US$1 billion).

The Taipei District Prosecutors’ Office said the two officials - former director of the DORTS development branch Kao Chia-nung and former DORTS section head Wang Ming-tsang – were found to have forged property value estimation documents to underestimate the city government’s stake in the construction project and overestimate Radium Life’s stake, which cost the city government an estimated NT$2 billion in losses, and might have profited the company more than NT$380 million.

The MeHAS City project began in 2006, when President Ma Ying-jeou was Taipei mayor.

Kao has reportedly been sentenced 10 years imprisonment while his counterpart Wang received four years. However, both can still file for an appeal, the court said.