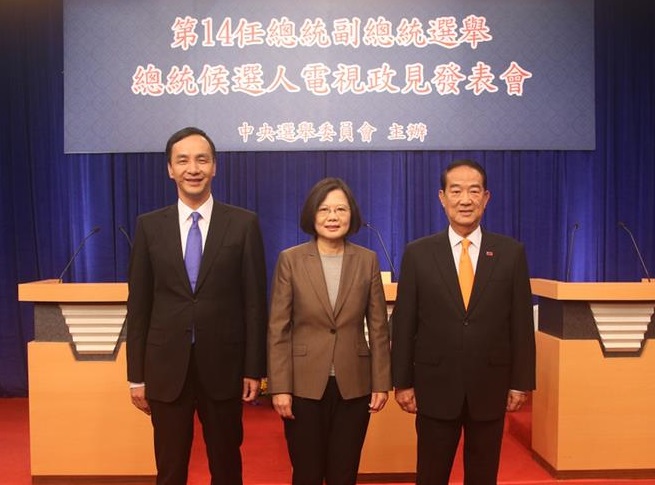 The first televised debate among three presidential candidates will be hosted at 2 p.m. Sunday by Public Television Service (PTS), one of the nine media sponsors agreed upon by the candidates.

The debate will be moderated by Stan Shih, founder of computer maker Acer Inc. and a member of the PTS board.

The three presidential candidates -- Eric Chu of the ruling Kuomintang (KMT), Tsai Ing-wen of the Democratic Progressive Party (DPP) and James Soong of the People First Party (PFP) -- will begin the debate with opening statements, according to PTS.

The candidates will then face five questions posed by media sponsors, before each is allowed to challenge their counterparts with their own questions and make a closing statement.

Following a televised presentations of the campaign at the Central Election Commission (CEC) on Friday, the Sunday encounter will be the first face-to-face election debate among the three presidential candidates. A second televised event will again be held on January 2, 2016.

Besides PTS, the media outlets behind the debates include the Central News Agency, the United Daily News, the China Times, the Liberty Times, the Apple Daily, Google, Sanlih E-Television and Watchout.