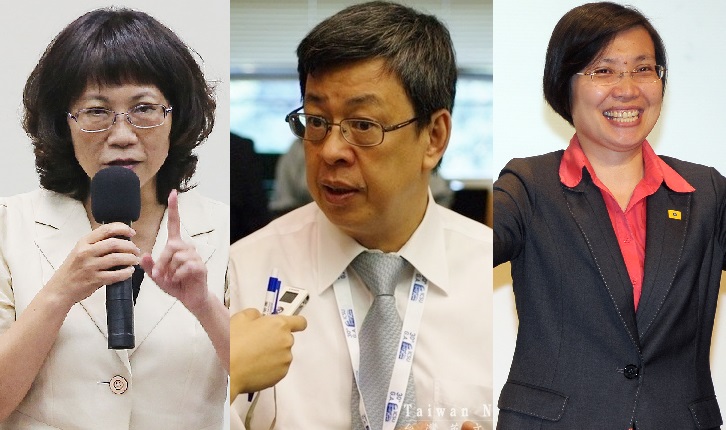 A televised debate among Taiwan's three vice presidential candidates will be held Saturday at 2 p.m.

It is the only vice presidential debate scheduled ahead of the January 16 elections and will be broadcast live on Sanlih E-Television news channel.

The three candidates -- Wang Ju-hsuan on the Kuomintang (KMT) ticket, Chen Chien-jen on the Democratic Progressive Party (DPP) ticket, and Hsu Hsin-ying on the People First Party (PFP) ticket -- will discuss issues selected from questions posted by members of the public on a website set up by three of the sponsors.

The three will also have a chance to state their policies and to question each other.

Wang, 54, is a lawyer who served as head of the Council of Labor Affairs in the KMT administration between 2008 and 2012.

Chen, 64, was a vice president at Taiwan's top research institute Academia Sinica from 2011 until November, when he was named as the DPP's vice presidential candidate. He also served as health minister between 2003 and 2005 in the DPP administration.

Hsu, 43, has been a legislator since 2012 but withdrew from the KMT in January. She served two terms as a Hsinchu County councilor before she was elected to the Legislature.

The debate is being sponsored by Watchout, Apple Daily and Google, which set up the question website, and by the Central News Agency, Public Television Service, the United Daily News, the China Times and the Liberty Times.

The media outlets will also sponsor two presidential debates, on December 27 and January 2.