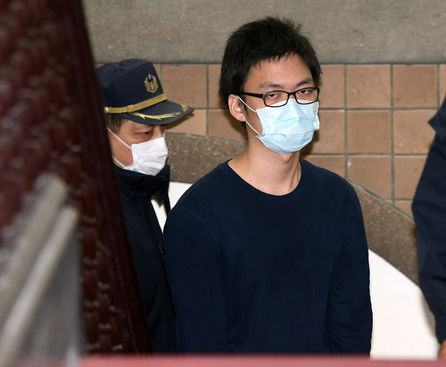 TAIPEI (Taiwan News) – The man who stabbed and injured four passengers at a Mass Rapid Transit station last July will serve three years in prison, the Shilin District Court ruled Friday.
Kuo Yen-chun, 27, used a fruit knife in an attack on three women and a man on an escalator at the Zhongshan MRT station on July 20. He was overpowered by guards and by members of the public before he could kill anyone or leave the station.
The judges were of the opinion that Kuo did not have the intent to kill the passengers, while none of their injuries were grave. The court therefore rejected the four counts of attempted murder and changed them to less serious charges.
An extra sentence of three months in prison for stealing the fruit knife could be converted into a fine, reports said.
Kuo’s attack was the second major incident to hit the Taipei MRT after a student named Cheng Chieh killed four and injured more than twenty on May 21 last year.
Prosecutors said Kuo should receive a severe sentence in order to discourage others from endangering the safety of MRT passengers. As the situation stood now, passengers didn’t have even the most basic feeling of security, prosecutors were quoted as saying.
Kuo’s attorney told the court that his client had been mistreated by relatives and therefore had internalized violence, leading him to lose control and erupt on a day he felt frustrated.
The man has been detained since the July incident.