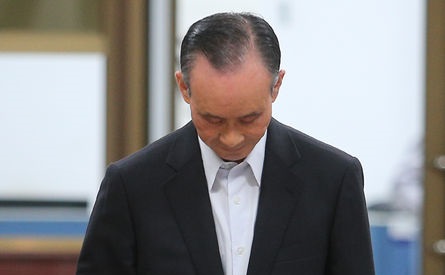 TAIPEI (Taiwan News) – Farglory Group Chairman Chao Teng-hsiung received a two-year prison sentence suspended for five years and a fine of NT$200 million (US$6 million) Friday while former Taoyuan County Vice Magistrate Yeh Shih-wen was sentenced to 21 years in prison in a high-profile corruption trial.
The Taiwan High Court verdict for Chao was final, but Yeh could still appeal, reports said. Neither man was in court to hear the ruling Friday, with the politician still being detained.
Suspended sentences were also handed to former Farglory Vice CEO Wei Chun-hsiung and to middleman professor Tsai Jen-huei, of 22 months and six months respectively. A friend of Yeh, Chen Li-ling, was found not guilty. Tsai could still appeal for his part related to a project in Hsinchu, reports said.
Last March, the Taipei District Court gave Chao four years and six months, while Yeh was sentenced to 19 years in jail.
Chao was accused of having paid bribes totaling NT$20 million to Yeh in return for a contract to build homes in Taoyuan’s Bade area.
The latest change in the verdicts followed a change of heart by the Farglory developer, who recently changed his plea to guilty. He always argued that he had been pressured by Yeh into paying him off for the project.
After Friday’s verdict, Farglory officials said Chao had already left the main decision-making at his group, while professional managers would take over the running of the company.
Chao spent most of the past year embroiled in the legal cases related to the bribes and in a high-profile dispute with the administration of Taipei City Mayor Ko Wen-je, who took office precisely one year ago Friday, over the Taipei Dome. The 40,000-seat stadium is close to completion, but the city ordered work stopped over safety concerns.