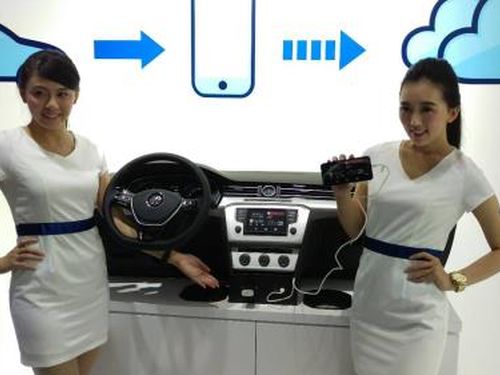 HTC, Volkswagen team up on Internet of Vehicles system

Taiwan-based smartphone brand HTC Corp. said Friday that it is partnering with German auto maker Volkswagen in a bid to penetrate the fast growing Internet of Vehicles (IoV) market.

Under the partnership with Volkswagen, HTC said, a "Customer-Link" app and "Customer-Link Bridge" platform have been launched to allow drivers to gain access to up-to-the-minute information on road and traffic conditions. The system is expected to maximize communication resources and eventually improve road safety, HTC said.

The data will be integrated, appearing simultaneously on the smartphones and auto displays of drivers in Taiwan, according to Volkswagen.

It said the system is compatible with both the Android and iOS operating systems.

HTC has been stepping up its efforts to break into the IoV market, following its partnership in 2011 with Taiwanese auto brand Luxgen to allow the use of the HTC Sense software in Luxgen vehicle interface.

Last week, HTC said it was looking to work with German automaker Audi to provide a service to potential auto buyers, allowing them to test drive vehicles in a virtual environment through the use of its first virtual reality headset, the HTC Vive.

While Reuters Breakingnews columnist Robyn Mak forecast earlier this week that loss-making HTC is among several smartphone brands heading for extinction in 2016, HTC Chairwoman Cher Wang said Thursday that her company's brand will never disappear but will continue to have a presence in the market.

Wang said she has faith that the smartphone industry will grow as new technology continues to evolve. HTC is leading its peers not only in smartphone development but also in other areas such as the VR industry, she said. (By Esme Jiang and Frances Huang)