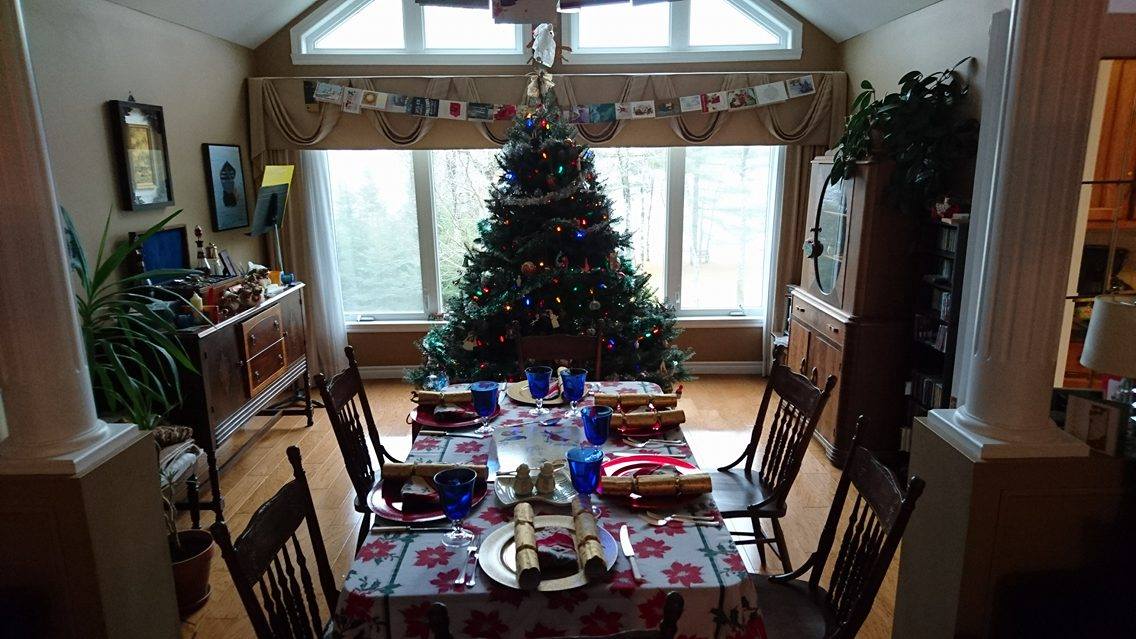 A Canadian Christmas: a blend of immigrants’ traditions

Christmas is a holiday celebrated by countries around the world, despite the religion. Many smart businessmen use Christmas as an opportunity to boost their sales. They even market Christmas as a holiday for couples in Taiwan. Hotels rooms are booked and Christmas dinners are reserved in many restaurants. However, Christmas is more than just shopping. It is a family holiday with traditions. For example, in a German family, they would hang a pickle in the Christmas tree!

New Taipei City Christmas decorations Since Canada is a multicultural society, there is a mix of traditions brought by the immigrants. “Santa Claus is based on Saint Nicholas,” said Margaret Bond, the second generation immigrant who was born in a Dutch Catholic family. According to Bond, Saint Nicholas came on a white horse with Zwarte Piet, also known as black Peter. "Zwarte Piet takes notes of naughty children so if the child is naughty, not only will the child not get any presents or candies, he or she will be taken away in Zwarte Piet’s bag and disappear for a year,” added Bridgette Clooney an immigrant who came from Belgium. On the evening of December 5 or 6, also known as Saint Nicholas’s eve, Saint Nicholas and Zwarte Piet traveled from Spain to various countries to distribute presents and candies. Children in Netherlands and Belgium (with Flemish origins) will put out "Klompen" (Dutch wooden shoes) in front of their doors so Zwarte Piet can put sinterklaas candies in the shoes, if they are good. The traditions of Saint Nicholas's eve is mostly celebrated in Netherlands, Belgium (Flenders), Curaçao and Aruba because of the Dutch connections. On Christmas Eve, most families leave out stocking, cookies and milk for Santa Claus. They also leave a carrot for Santa’s reindeer. However, all families have their own tradition. Mark Bond, a British immigrant, was to take their family for a walk at a local park. His parents used to invite a neighbor who was single and elderly in their home for Christmas lunch. “My family has always done this with us. Christmas is all about traditions!” said Mark Bond, while Margaret Bond said she used to go to church on Christmas morning then they came home and sat down for breakfast before they can look at their stockings and open their presents. “I couldn’t wait to open the presents but my father insisted on eating breakfast before we do the presents,” smiled Margaret Bond. Many Christmas traditions are passed down for generations; when immigrants formed new families, old traditions they grew up with blended together to become new ones. Christmas is much more than shopping, it is a holiday season to remember family and cultural traditions.

Christmas decorations on the street of Milan