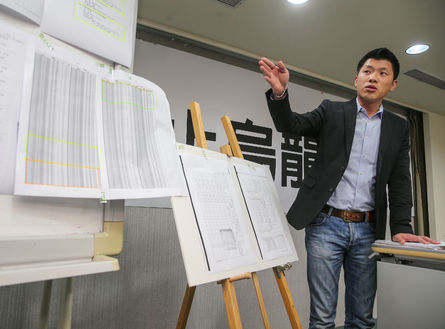 According to a recent Supreme Prosecutors Office news release, the office has received a total of more than 800 vote-buying cases, which shows vote-buying has been more serious this year than past years, Wang said.

Wang suspected that KMT will try to win the elections by fair means or foul under the adverse socioeconomic situation.

Judging from KMT’s declaration of election expenses over the years, political donations only accounted for a small percentage of the expenses, Wang said, adding that the rest must have come from its party assets.

Wang said the KMT is auctioning off four pieces of land, which is estimated to be worth about NT$1.3 billion.