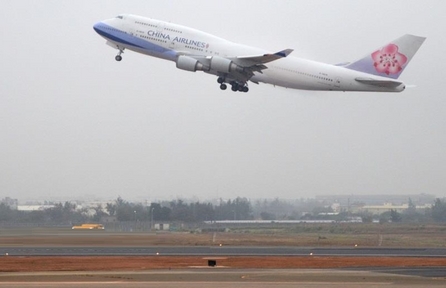 The single operating runway nightmare at TTIA came to an end after two years of major renovations to meet higher aviation safety requirements necessitated by a dramatic increase in flights, reports said.

China Airlines Flight CI-160 carrying 369 passengers made the inaugural flight taking off from Taoyuan airport's newly expanded northern runway bound for Seoul in the morning. According to radio feedback from captain of the Boeing 747-400 after takeoff, the departure was smooth sailing.

The nine-month overhaul at the airport’s northern runway is a Cat. 3 tarmac that conforms to the specifications stipulated in Annex 14 of the Convention on International Civil Aviation, reports said.

It was originally scheduled to be reopened January 8, 2016. However, as the work proceeded smoothly, the runway was reopened earlier than scheduled, the company said.

With the north runway back in operation, the airport will be able to handle 50 flights per hour on its two runaways, instead of the maximum 32-33 flights until Thursday, the company said, noting that the punctuality rate will also be raised from the current 85 percent to 98 percent.