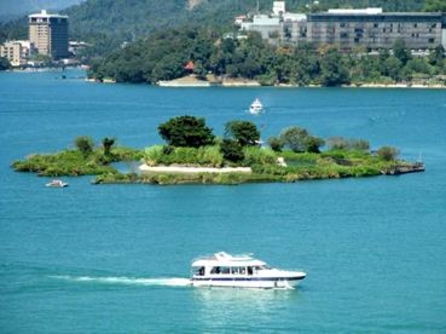 Taiwan has been listed among the CNN’s list of “top 16 up-and-coming destinations” for 2016.

The American cable news network published the article on Wednesday, naming 16 places around the world as emerging destinations for tourists.

In the article, several attractions in Taiwan were named.

Sun Moon Lake, which the CNN lauded as the "energy center of the island" and "showcases the island's indigenous culture."

The article also mentioned tea and Taiwanese foods as major draws in Taipei City, “a confluence of night markets, designer shops and miniscule alleys studded with lanterns and neon signs.”

Apart from its urban pleasure and nightlife in the capital region, Taiwan is also known for its towering mountains. "Soaring green mountains, thriving cities and food to rival any Asian cuisine… this hot new destination will soon enter everyone’s bucket list,” James Thornton, CEO of Intrepid Travel, was quoted as saying in the article.

Tourists are also advised to visit Taiwan at the cherry blossom season, the Lantern Festival, and the cooler season between September and November.