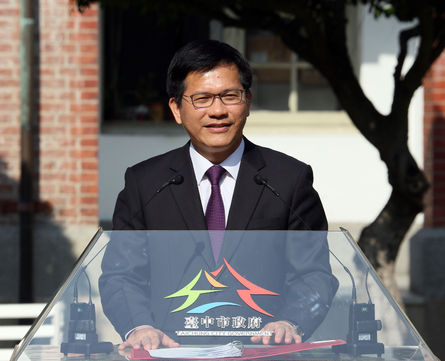 TAIPEI (Taiwan News) – The Taichung City Council on Wednesday approved a proposal to restrict the burning of coal and ban the burning of petroleum coke in an attempt at fighting air pollution in Central Taiwan.
The proposal was launched by Taichung City Mayor Lin Chia-lung but drew criticism from the central authorities and from utilities. Taichung is the site of a major coal-fired plant managed by the state-owned Taiwan Power Corporation.
“Taichung has set a historic first step,” Lin said after the council passed the third reading of the proposal, which still faces a review by the central government.
Both major parties had mobilized all their members on the city council, and after hours of discussion, they reached an agreement which included annual pollution tests and a review of the air quality, reports said.
Lin expressed his gratitude to the council while emphasizing the proposal had been drawn up with advice from legal and environmental experts. A more stringent ban passed in Yunlin County earlier in the year was rejected by the central government’s Environmental Protection Administration because it was deemed not to be under the jurisdiction of the local government.
City councilors suggested that the use of coal be cut by 10 percent each year, while Taipower be given 10 years to end its use. If it was unwilling to do so, it could be asked to shut down the plant and leave Taichung, councilors reportedly said.
Air pollution has become a sensitive topic in Taiwan with the so-called “purple haze” blowing in from China. Environmentalists are planning an anti-pollution march for Saturday in Taipei City.