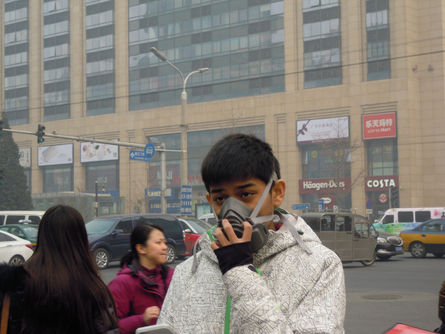 It would take 30 to 50 years for China to fix its air pollution problem, said an environmental expert in China.

After days blanketed with toxic haze, Beijing finally eased the second-ever smog red alert on Wednesday. The Chinese capital issued the second such warning a little more than a week after the first red alert.

Zhang Dawei, director of Beijing Environmental Protection Bureau’s municipal environmental monitoring center, said in a media report that based on international experience and previous practice, improving the air quality in China is a long and arduous task, which will take 30 to 50 years.

According to an estimate released by the bureau, the government’s plans to reduce the concentration of PM2.5 particulates are not expected to achieve before 2030.

The World Health Organization’s maximum recommended limit for PM 2.5 particulates is 25 micrograms per cubic meter over a 24-hour period.

However, Du Shaozhong, former spokesman for the bureau, said that it would be a miracle for Beijing to even reach the goal by 2030.

In addition, red alerts may become more commonplace in the future as the new standards introduced earlier this year lowered the threshold of the alert. That means traffic restrictions and closing of schools and construction sites will be more often, the report said.