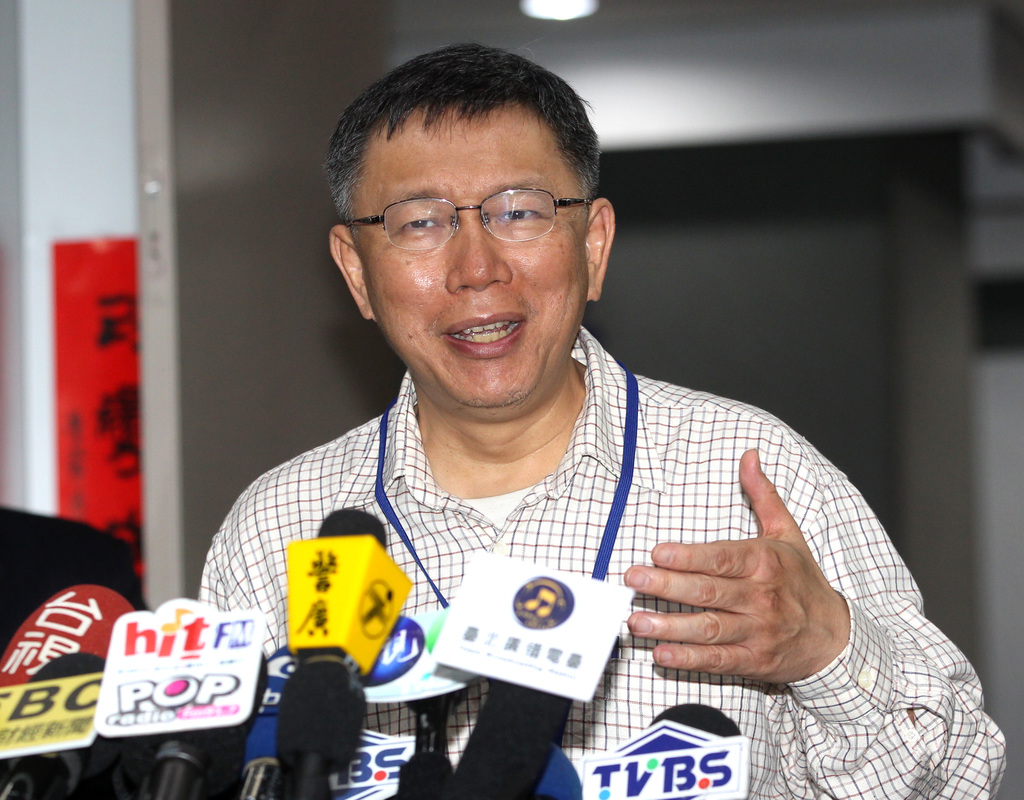 TAIPEI (Taiwan News) – Almost one year after taking office, Taipei City Mayor Ko Wen-je could still count on the support of 61.9 percent of voters, according to an opinion poll presented by the Chinese-language Apple Daily Wednesday.
Ko was elected as an independent on November 29, 2014, with 57 percent of voters casting their ballot for him despite the capital’s reputation as a stronghold of the ruling Kuomintang.
The new mayor was sworn in on December 25 last year and has since been involved in a number of high-profile disputes with prominent tycoons, mostly regarding construction projects started by the previous KMT city governments.
According to the Apple poll, 29.51 percent of the 1,461 respondents said that one year later, they were still “very satisfied” with Ko’s way of governing. A further 32.39 percent gave “satisfied” as the answer.
With a total of 61.9 percent expressing satisfaction, about the same proportion said they would vote for Ko again if there were a new mayoral election now.
The outspoken mayor received a “dissatisfied” rating from 17.02 percent and a “very dissatisfied” verdict from a further 17.29 percent, totaling just above a third of respondents. The Apple Daily poll found 3.79 percent who held no opinion or said they did not know.
However, when the newspaper turned its attention to single issues, it reportedly found that feeling about the controversial Taipei Dome issue had changed. Work on the 40,000-seat stadium has been stopped on orders of the Ko Administration because of disputes regarding safety and financing issues. The project has been the focus of a high-profile war of words between Ko and the developer, tycoon Chao Teng-hsiung’s Farglory Group.
The new poll found 50 percent of the public not satisfied with the way the Taipei Dome project was going, while 42.6 percent expressed approval. The proportion was almost the reverse of a similar poll six months ago, with 50 percent satisfied and 44 percent dissatisfied at the time, the newspaper said.