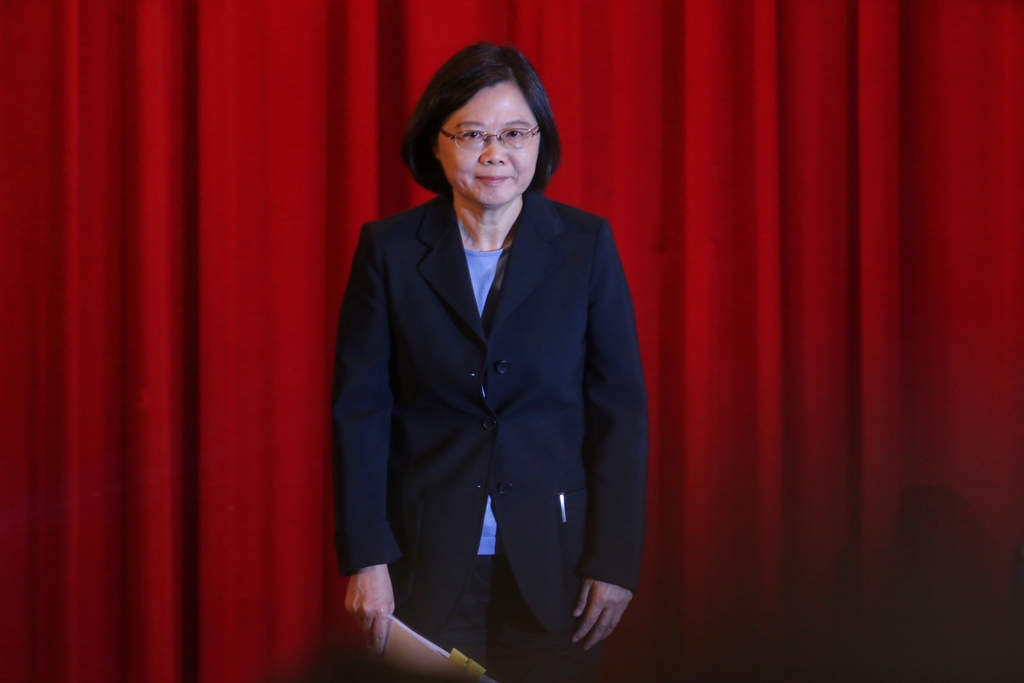 “To seek common ground while holding back differences” and “to understand each other” is the most important cross-Strait principle, Democratic Progressive Party presidential candidate Tsai Ing-wen said Wednesday.

She said she believes Beijing will respect the will of people of Taiwan, which will play a very important role in handling cross-Strait relations.
Taiwan needs stable cross-Strait relations; and if elected, her cross-Strait policies will be “to have communications, no provoking, no unexpected changes, and continue to maintain cross-Strait stability,” Tsai said during a meeting with Taiwan’s industrial and commercial groups Tuesday.

Attending a meeting with village chiefs from across Taiwan Wednesday, Tsai said the people of Taiwan care much about whether cross-Strait ties are stable, but they equally or even more care about if Taiwan’s democracy and the will of the people are reflected in cross-Strait policies.

Responding to a reporter’s question that she was ambiguous on the 1992 Consensus and did not respond to the one-China framework, Tsai said, “Our cross-Strait policies have been very clear,” which is to “maintain the status quo” and to push for cross-Strait ties under the current Republic of China constitutional framework.

She said she wishes the two sides to maintain good and sincere communications, and “under such a framework to face the differences between us. Seek common ground while holding back differences is the most important cross-Strait principle.”