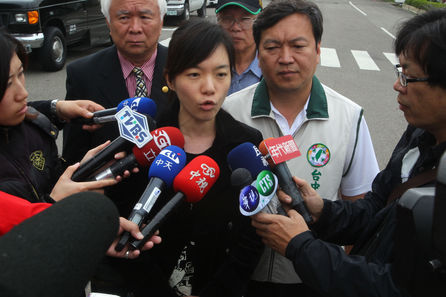 TAIPEI (Taiwan News) – The son, daughter and son-in-law of former President Chen Shui-bian will not be prosecuted for the alleged use of more than NT$5 million (US$165,000) in government funds, reports said Wednesday.
Chen’s period in office, from 2000 to 2008, was followed by a large number of investigations into the financial dealings of him and his family, which left him with a 20-year prison sentence. He was allowed out on medical parole last January after serving six years and has been living with his family in Kaohsiung since.
Chen’s son Chen Chih-chung, his daughter Chen Hsing-yu, her husband Chao Chien-ming and a family friend were accused of having supplied the former First Lady, Wu Shu-jen, with receipts in order to help her withdraw more than NT$5.42 million in special state affairs funds.
However, prosecutors concluded that only the family friend had been actively collecting receipts on Wu’s behalf, leading to the friend being indicted. In the case of her children and son-in-law, it had been Wu herself who had been asking them for receipts, so prosecutors announced Wednesday that the younger Chens and Chao would not be charged.
The case dated back to July 2002, prosecutors said, with Wu realizing that the special funds had not been fully used up for that year. Instead of turning the leftovers back into government coffers, the First Lady recruited friends and family to collect receipts which she could present as legal expenses, prosecutors said.
The investigation turned up detailed data about the receipts on a disk, but in Chen Chih-chung’s case, it was found that there was no sufficient evidence that he had actively participated in the practice, reports said.
After the family friend admitted she had gone out of her way to collect receipts, she was indicted last August, prosecutors said, adding they had not believed her explanation that she believed the funds were destined for charity causes.