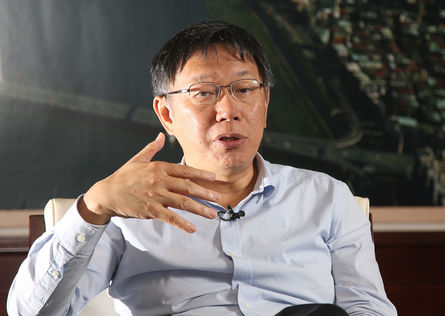 Ko Wen-je, who is about to accomplish his one-year milestone as Taipei mayor, said the city should come up with policies to “freeze” the real estate market rather than clamping down on housing prices, reports said Wednesday.

“Our national income needs to play catch up,” Ko said.

During an interview with the Central News Agency late Tuesday evening, the mayor said the rhetoric involving the lowering of housing prices is easier said than done, pointing out that it takes a lot more efforts to come to a resolution.

“We cannot fight a 50-year-old problem in just two years,” he said.

Ko expressed concern over the central government’s policies aimed at lowering housing prices, saying they could precipitate a crash in the housing sector and spark an economic crisis.

“The owner-occupancy rate in Taipei alone account for 70 percent…meaning 70 percent of homeowners would oppose the government’s initiative to lower real estate prices,” the mayor said.