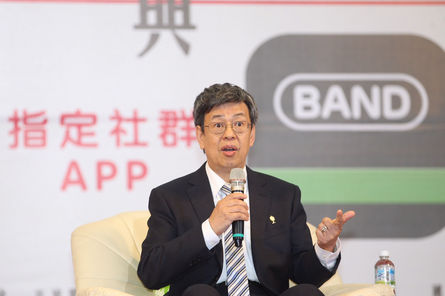 The Democratic Progressive Party will improve Matsu’s transportation if it becomes the ruling party next year, DPP vice presidential candidate Chen Chien-jen said Tuesday on his campaign tour on the offshore island.

Lienchiang County Magistrate Liu Cheng-ying (KMT) hosted a lunch for Chen, who was Liu’s thesis advisor when Liu was a student.

Chen said when he was Liu’s teacher, Liu told him there were comparatively more gastric cancer cases in Matsu and asked him for help.

Chen said he later invited a few physicians to help with the problem in Matsu; and at one time, he almost fell into the sea when carrying medical equipment towards the shore.

Chen said that Tsai planned and saw the realization of the "Three Links" communication between Taiwan and China when she headed the Mainland Affair Council, adding the DPP will continue to push for exchanges across Taiwan Strait and improve Matsu’s transportation.