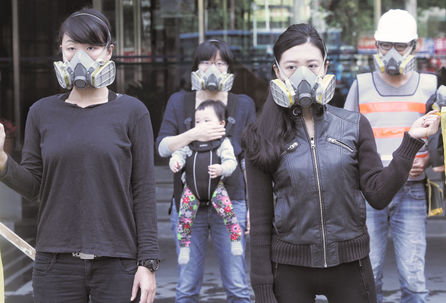 German automaker Volkswagen AG (VW) will begin to recall cars with emission-cheating diesel engines in Taiwan from the ninth week of 2016 at the earliest, a senior official of the Environmental Protection Administration (EPA) said Tuesday.

VW Group will recall a total of 18,716 affected cars in sixteen models under four brands, said Chen Hsien-heng, director-general of the EPA's Department of Air Quality Protection and Noise Control. The brands include Audi, Skoda and Volkswagen.

Volkswagen is scheduled to begin the recall after the Lunar New Year holiday, which ends on Feb. 14, 2016.

Chen made the announcement in response to demands from Greenpeace protesters in front of the EPA headquarters that the authorities should be more active in handling the emissions software scandal involving the international automobile producer.

Chen told the protesters that the administration is now organizing a commission of experts to review VW’s recall plan.

"The recall proposed by VW in Taiwan is the second of its kind globally, following one in Germany. The plan has not been proposed even in the United States," Chen said.

Because of technical issues the plan involves, a review requires expert input, he said.

The emissions scandal first came to light in the U.S. in September after the U.S. environmental protection authorities found that VW cars produced up to 40 times the permitted amount of nitrous oxide pollution under real-world driving conditions.

However, many of their cars were equipped with so-called "cheat software," which allowed the vehicles to meet American environmental standards through defeat codes in their onboard computer systems to fool emissions-testing equipment.

A statement released by the automaker on its Taiwan branch's official website Dec. 18 announced the planned recall of cars equipped with EA 189 diesel engines, including the 1.2 TDI, the 1.6 TDI and the 2.0 TDI.

The statement said the plan, which has been approved by the German Federal Motor Transport Authority, is scheduled to begin in the ninth week of 2016 because of the time needed for necessary preparations, including material imports and personnel training.