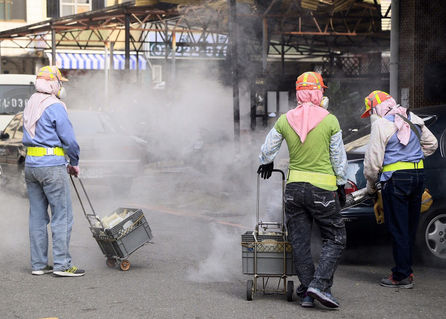 According to the statistics compiled by the Central Epidemic Command Center (CECC) for Dengue Outbreak, the death toll from the dengue fever has increased by 5, with the number now up to 209, including 112 cases in Tainan City, 95 in Kaohsiung City, and 2 in Pingtung County.

The five deaths confirmed as dengue cases were three male and two female aged between 68 and 79, and had all suffered from chronic diseases such as diabetes, hypertension, or kidney problems.

According to the statistics, Taiwan has a cumulative total of 42,572 indigenous dengue cases reported since the start of the summer. Despite the number has been on the decline for the last four weeks, the authorities warned the public to remain on high alert and take proper preventive measures as winter sets in.