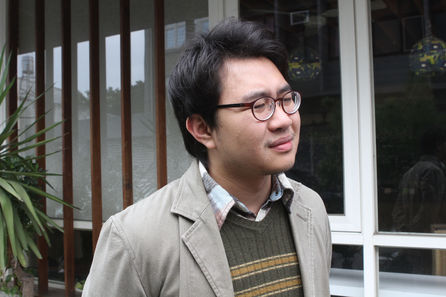 With only 25 days away from the voting day, the Democratic Progressive Party Youth Department Tuesday released a “horoscope” movie on the Internet, urging young people to travel home to vote in the upcoming presidential and legislative elections.

According to figures released by the Central Election Commission in September, the nation is expecting approximately 1.29 million first-time voters in the elections, accounting for 6.8 percent of total voters.

The movie (https://goo.gl/DttXXA) was released on the Youth Department’s Facebook. The movie runs four minutes and 34 seconds, featuring a voter born in each of the 12 different zodiac signs and their reasoning before deciding to travel home to vote.

Fisher Fu, director of DPP’s Youth Department, said young people are inclined to decide not to vote due to different reasons, thus giving up their chances to change Taiwan. He urged young people to make their best effort to vote.

The movie adopts a humorous approach, which is very different from traditional campaign movies inciting people to vote for a certain candidate or party.