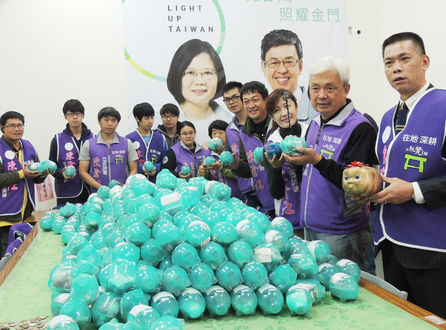 DPP to file another libel lawsuit against KMT

KMT legislators continued with their intention to defame Tsai through a press conference in the morning alleging that she and her brother made improper profits from real-estate speculation in Neihu back in the late 90s.

The spokesperson said the party is pressing charges against the two KMT politicians under Article 90 of the Presidential and Vice Presidential Election and Recall Act.

“Only if they [Chiu Yi and Wang] apologize will we withdraw our lawsuit,” Juan said.

Attorney Wellington Koo, one of the DPP’s legislator-at-large candidates, said the party would prefer to ignore them, but it needs to take legal action to prove the allegations are false.

“Their rhetoric has gone too far. The KMT is even trying to smear our piggy bank fundraising campaign,” he said.

Meanwhile, Juan said the party has urged Kuomintang presidential candidate Eric Chu to publicize his finances, saying it has been the sixth day since they called on him to explain an increase in personal assets.