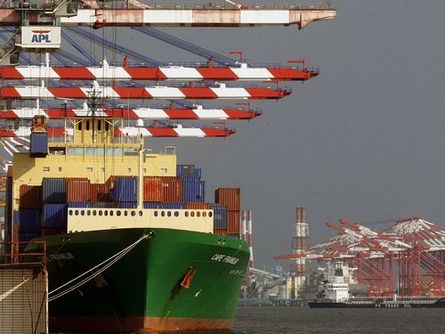 Taiwan's export orders fell from the previous year for the eighth consecutive month in November, the Ministry of Economic Affairs (MOEA) reported Monday.

Taiwan's export orders in November fell 6.3 percent from the same month in 2014 to US$40.76 billion, a larger decline than the 5.3 percent year-on-year drop registered in October, MOEA figures showed.

The November figure was also down 4.2 percent from the total export orders received in October, the MOEA data showed.

The steep fall in orders was largely due to slumping international crude oil prices, which lowered the value of export orders for petrochemical products, and a sluggish global economy, including an economic slowdown in China.