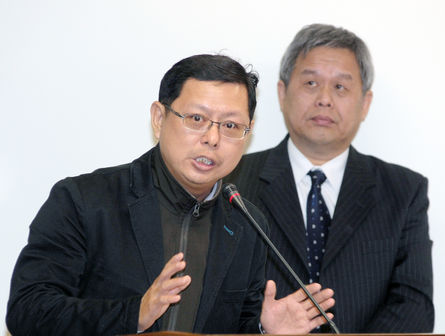 On Monday afternoon the Ministry of Labor will call a task force meeting to discuss whether to hold a meeting to review the current minimum monthly wage, which is NT$20,008.

Media reports said the Ministry of Labor, Ministry of Economic Affairs and those representing employers are inclined not to raise the minimum monthly wage, but agree that if to raise the pay, the maximum increase would be only NT$18 under current formula.

Sun said labor groups in Taiwan are impossible to accept the nominal raise of NT$18, adding that they had declared at a press conference in August that the minimum monthly wage should be adjusted to NT$26,000, with the minimum at NT$25,000.

“So far the Ministry of Labor has not looked squarely at Taiwan’s low-wage situation,” Sun said. “At least to raise 18% or NT$3,000 sounds more pleasing to the ears.”

If the minimum wage task force makes a decision not to hold such a wage review meeting, Labor Minister Chen Hsiung-wen and the ruling party will have to face political responsibilities, because labor groups will not accept “a ruling party that trumpets salary raise on one hand but does not raise the minimum wage on the other. It's ridiculous,” Sun said.