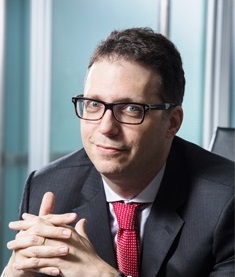 The Fact First hike since 2006 and first rate decision since 2008, first major action since the decision to taper the asset purchases in February 2014 (Chair Yellen) which followed the taper tantrum in 2013 (Chair Bernanke), this hike is the second most important step in normalizing the monetary policy since the great financial crisis. The US economy is solid enough to digest. This rate hike has been guided and digested by the market to a point that markets even welcomed it. This is a rare and this the sign that from the Board’s perspective the US economy is not only able to cope with this hike but that things are normalizing. The message is as follows: the US economy is not only strong enough but it needs this hike. Back to normal. There is another reason why this hike is important to market. The Fed is repossessing its monetary policy and taking back the control over the yield curve as a monetary policy instrument. This will give investors more visibility and make (US) markets more stable in a way. During the GFC , the Fed has engaged itself in a distress mode. This has changed. Now the Fed is starting to act proactively by repossessing the yield curve. Over the last twelve months, markets have been in doubt that the Fed would be ever able to raise rate because of the economy and that it was losing out the control of its monetary policy. This has changed. The Fed is on a back-to-normal mode. This back to normal mode is highlighted by the Fed which has mentioned that it will focus more on inflation that the labor market. It means the US economy is on good feet. What is next? The central question now is what impacts on assets. But to answer to this, we need to understand what is next. What drives the Fed? The Fed has mentioned yesterday that the hike will be progressive and dependent on inflation. The 2% inflation criterion has been stressed out again. Coming Fed hikes will be driven by two elements: what is needed to normalize rates and what is needed due to inflation risk on the economy. There is little inflation pressure for the US economy, the wage inflation is modest and is not a source of risk for the economy. Other factors are muted. Consequently, there is no inflation risk. Even with some wage inflation, banks’ prime rates are already increasing and will cool down consumer credit driven inflation. We believe that the slowdown in some key economies like China will even drive to deflation force. We are far from that goal. The Fed has mentioned it will monitor carefully the expected progress toward the 2% inflation goal. Inflation driven hikes will be minimum or none to our opinion. This was therefore a dovish hike. No inflation, but monetary policy normalization. We are left with the need for the Fed to end the zero lower bound policy, to position itself in a way it can influence the yield curve again. This is the meaning of normalizing of the monetary policy. The intend of the Fed is not to disrupt markets and this is show by the fact the Fed won’ t shrink its balance sheet for now. Our expectations for 2016. This drives our outlook of a hike of three times in 2016 in a very gradual manner. The impact on the economy is minimal and not disturbing. Markets will be driven by how to interpret data that as the Fed mentioned it would be data dependent. Impacts on Assets US Assets: Dovish hike, not a source of pressure. On the bond market, the impact is already relatively priced-in and shall be priced-in softly. The fact that there is little inflation means that the Fed’s actions should be easy to read. For the US equity markets, this is a dovish hike which should not bring much disruption. Non-US DM Assets, positive due to monetary policy decoupling. For non-US markets, the situation will progressively diverge between developed and emerging assets. Developed assets will benefit from a monetary policy decoupling. The Eurozone and Japan assets will continue to benefit from complaisant monetary policy. This is true for bonds and equities, and particularly true for Eurobonds. EM Assets: potential relief, but still bearish. For emerging assets, the growth dynamic is negative driven by domestic rebalancing trends, slow global growth and poor commodity and energy markets. We have elaborated largely on this already. This will be a source of pressure, while in the short term there could be some relief and a temporary relief rebound which should not be misread. Where are the risk? The key risk is the CURRENCY market. The expectation of a gradual Fed hike will bring another upside leg for the USD versus major trading partners currencies and emerging markets in general. We are particularly cautious on Latam currencies which are likely to suffer the most. China is also at risk, this hike and its visibility while the China economy is facing hot money outflows will put pressure on the Rmb. However, we read the inclusion of the RMB in the SDR as a policy statement which includes China as one of the guarantor of stable exchange rate regime. How solid is that is a major question which will be tested by markets and bring volatility back to other asset classes and will pressure down other emerging assets.