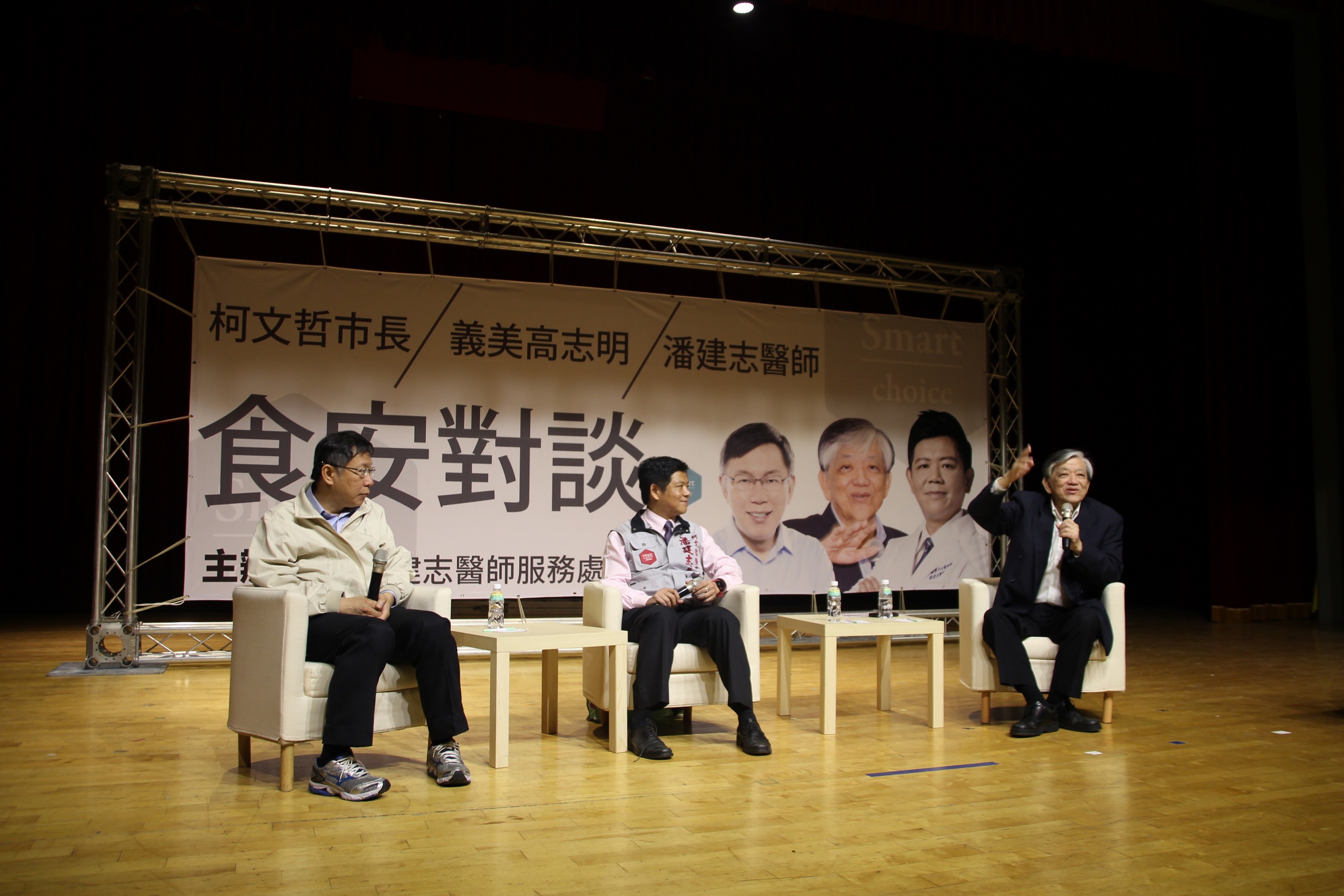 The nation’s food safety is a complex issue that cannot be solved simply by inspections and laws that regulates it, I-Mei Foods Co. CEO Luis Ko said during a seminar held in Taipei on Sunday.

The root of the problem lies in our inability to combat environmental pollution, Ko said, adding that if no safeguards were given to protect the quality of the sunshine, air, water and earth, then real food safety would never be attained.

The afternoon event also saw the presence of Taipei Mayor Ko Wen-je and independent legislative candidate Billy Pan, who is also a practicing psychiatrist, to exchange ideas and opinions regarding the nation’s food safety.

“There are over 800 additives and other unknown substances currently available on the market, and to rely solely on the results of large-scale scientific testing will not help guarantee food safety,” the CEO said.

Meanwhile, the mayor also acknowledged Ko’s statement, adding that amendments to the Act Governing Food Sanitation will prove to be insufficient even if the law has been rectified over 100 times.

“The reliance on another amendment to the act to produce continuous food safety was unrealistic,” he said.

The commitment to educate the public as well as the nation’s food vendors about food hygiene is imperative, the CEO explained.

“Simpler procedures may be sufficient for food-safety assurances at grassroots level,” he said.

As such, I-Mei emphasized the importance of having strong systems in place to ensure information on food safety is being disseminated down to the grassroots level, having an empowered public that can make informed decisions, and conducting inspections and collecting information on the food safety problem.

Moreover, the mayor said suppliers, wholesalers and retailers were as innocent as the consumers, pointing out that education and assistance should be a priority.

“There should be a unified code of conduct where those in the food industry must strictly follow,” the mayor said.

The CEO also underscored the need to engage the private sector more in future discussions, and to come to a unified quality standard.

“If we don’t prepare, things may happen, and we just don’t know when. But if it happens, we’ll be under pressure again,” he said.