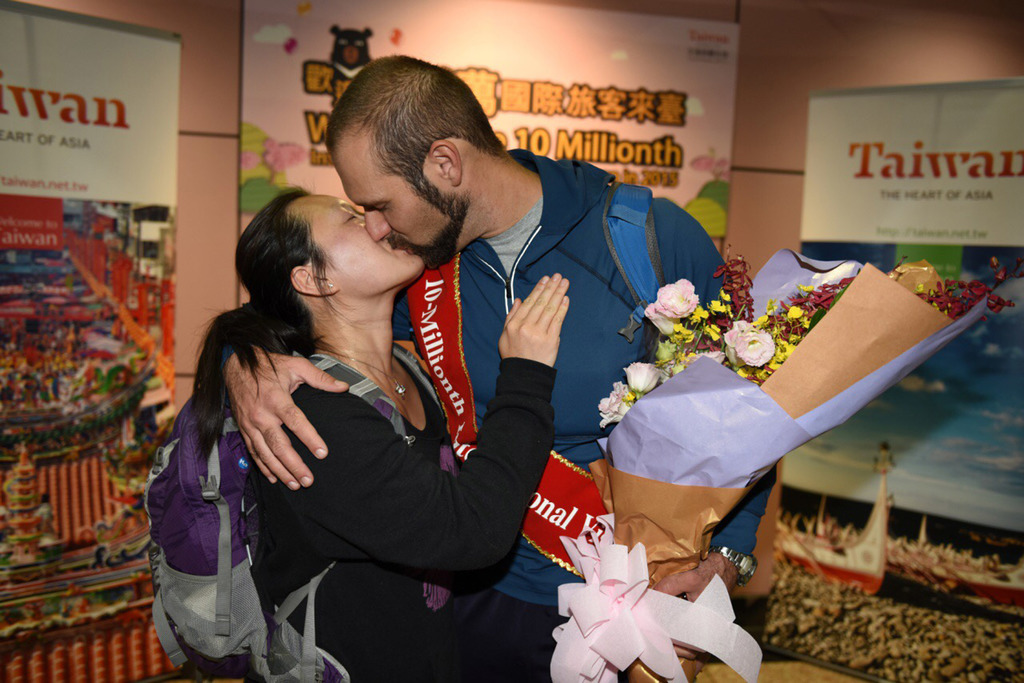 An Italian-American visitor was surprised by what awaited him while he arrived at the Taiwan Taoyuan International Airport early Sunday morning with his wife.

Manuele Christopher and his wife were welcomed by a hearty performance of lion dance and would later be treated to dining at the famous Din TaiFung Dumpling House at the Taipei 101 all because he was the 10 millionth overseas visitor to Taiwan in 2015.

Christopher’s arrival not only marked the first 10 millionth overseas visitor to Taiwan in a single year, but also signified Taiwan’s achieving the status as a major tourism country.

Christopher said they will stay in Taiwan for 2 weeks, and would most like to visit night markets and eat stinky toufu and pineapple cakes. "Very friendly" is his first impression of Taiwanese people, he added.

Christopher, 34, arrived at the Taiwan Taoyuan Airport at 5:08 AM Sunday morning with his wife, Tina, who was born in the US to Taiwanese parents. They have been married for two and a half years. Christopher is a computer software engineer.

Christopher visiting Taiwan for the first time was surprised but cheerful to mark the country’s breaking of welcoming 10 million overseas visitors in a single year. He posed for selfies and kissed his wife. He said he was very surprised to see the lion dance welcome.

To celebrate the 10 millionth overseas visitor to Taiwan, the tourism bureau has prepared 100 gifts to give away at a press conference at the Taipei Guest House at 2:00 PM Sunday.