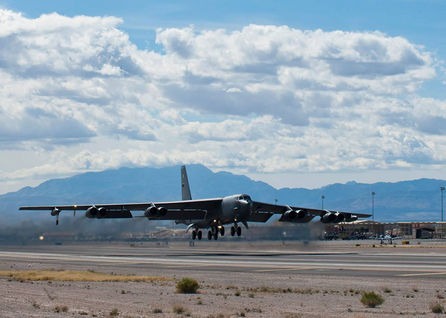 An American B-52 bomber last week flew near a Chinese artificial island in the South China Sea. Navy Commander Bill Urban, a Pentagon spokesman, said that the flight was not intentional.

“There was no intention of flying within 12 nautical miles of any feature,” he said in a statement.

Meanwhile, the Chinese government has made official diplomatic complaint with the U.S. Embassy in Beijing.

The incident took place last week near the Cuarteron Reef in the Spratly Island, disputed territory claimed by China and several of its neighbors, according to a report in the Wall Street Journal.

In October, a similar incident occurred when a U.S. Navy destroyer sailed within 12 nautical miles of another Chinese-built island in the Spratlys. Cui Tiankai, the Chinese ambassador to the United States, said that the operation was a “very serious provocation, politically and militarily,” the CNN reported.

Urban stated that the U.S. official did not see the flight as a freedom of navigation operation, a term used by the U.S. Navy for missions meant to challenge what the United States sees as excessive territorial claims made by others. “The Chinese have raised concerns with us about the flight path of a recent mission,” said Urban. “We are looking into the matter.”