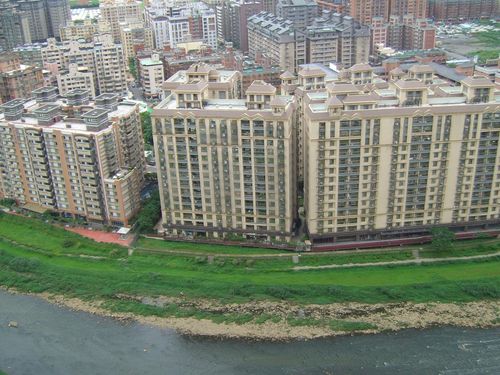 Taipei, Dec. 19 (CNA) A local bank has recently unveiled the first "reverse mortgage" program in Taiwan, launching a financial product that may have growing appeal in a country where the population is aging rapidly.

Taiwan Cooperative Bank reported that since launching the program in greater Taipei area last month, it has approved reverse mortgage requests from three applicants, including a 94-year-old Taipei resident.

The injection of disposable income has allowed him to live in greater comfort and brought him happiness because he can treat his children or grandchildren to big meals or give them cash gifts in red envelopes from time to time, said the United Daily News -- which first reported his story.

Taiwan Cooperative Bank Chairman Liao Tsan-chang said many people spend much of their working lives paying off their mortgages and end up with little cash at their disposal by the time they retire but plenty of equity in their homes. Reverse mortgages -- in which homeowners borrow money against the value of their home -- allow retirees to receive cash for that equity without disrupting their lives or forcing them to move, he said.

But clients in their 90s will likely end up being the exception rather than the norm.

According to a Taiwan Cooperative Bank executive, an internal survey has found that people aged 45-65 are the most accepting of the concept and represent the age group that has inquired most about the program.

People in that age bracket have worked hard and ridden the crest of Taiwan's past economic boom to purchase a house, but they have seen their children struggle as wage growth has lagged behind soaring housing prices and are looking into the program to avoid becoming a burden to their offspring.

The Ministry of the Interior tried to promote reverse mortgages in 2013 to help older people have more disposable income, but no one qualified for the program because it required applicants to have no heirs and be from low- or middle-income households.

In the "commercial" reverse mortgage option offered by Taiwan Cooperative Bank and a "public sector" option offered by the Taipei City government that will soon begin to disburse funds, those conditions will not apply, but applicants must be 65 or over.

Under the bank's program, fewer restrictions exist. The borrower, for example, can live somewhere else (such as moving into a home for older people) during the loan period and rent out the property if feasible.

A Taiwan Cooperative Bank executive described the bank's role in the process as a "financial planner" to help customers achieve their financial goals while limiting risk.

One way it does this is by requiring that the sum of the borrower's age and length of the loan (number of years) must be equal to or over 95, meaning that borrowers will generally be able to live in their homes if they so choose until they pass away.

The city's "public sector" plan is financed out of the city government budget, limiting the overall size of the program, and monthly payments are generally lower than under the "commercial" model, ranging from NT$15,000 to NT$43,000. A city official said the program has received nearly 1,000 inquiries since the program was first promoted in December 2014, but only 40 expressed real interest and only five have been approved and will begin receiving monthly payments next year.

Yeh Chun-lang, a section chief with the Department of Social Welfare's Division of Welfare Services for Senior Citizens, said there were several reasons for the limited interest.

In particular, seniors were not happy with the program's many restrictions and thought it unfortunate for the house to be handed over to the government after having been paid for with their lifelong efforts.

According to the city, a benefit of the program is that borrowers can live in their house and continue receiving payments even if they have tapped out the full equity of the home.

Also, if the city decides to auction a house once a contract has been completed, any receipts beyond repaying the reverse mortgage's accumulated principal and interest will be divided between the city government and the borrower's heirs based on a set formula.

With the concept just getting started in Taiwan, it cannot be immediately known if it will gain traction or overcome some of the abuses seen in the United States.

But with Taiwan set to become a "super-aging society" (20 percent of the population at 65 or older) by 2025, and housing values have appreciated considerably in the past 10 years, interest in reverse mortgages will almost certainly rise. (By Lilian Wu)